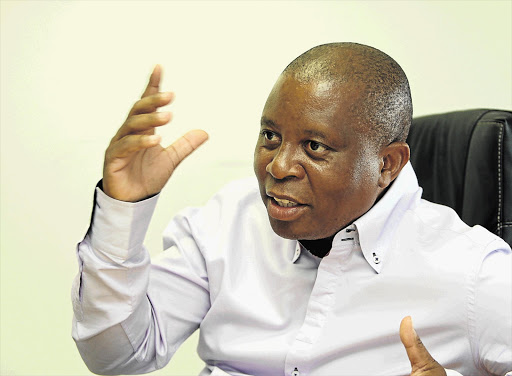 Judgment has been reserved in Johannesburg mayor Herman Mashaba's defamation case against his predecessor.

Mashaba approached the courts to force his predecessor, Parks Tau, to apologise for accusing him of being sexist and racist. This after Tau, at the funeral of Nonhlanhla Mthembu in October 2016, said Mashaba had no respect for women.

Mthembu had collapsed and died during the inaugural council meeting of the City of Johannesburg, in which a speaker and a mayor were supposed to be elected.

"The City of Johannesburg is today led by a man who believes that the women who are senior executives prostituted themselves to be in the jobs they are in. He says that in fact for them to earn the positions that they are in they had to sleep with the leadership.

"We have heard views from the mayor, Herman Mashaba, who says that in fact if it were up to him he would not want to be black," Tau said.

Former mayor of Johannesburg Parks Tau says the man who took his job‚ Herman Mashaba‚ has failed in his responsibility of leading the country’s ...
Politics
4 years ago

The matter was heard in the High Court in Johannesburg on Monday.

Dali Mpofu, who represented Mashaba, told the court that these utterances were "completely falsehood".

He asked that the court grant an interim relief order. Mpofu said there were limits to ridicule that public officials might endure.

He told the court if there were elections "tomorrow" and these utterances were repeated, it would diminish Mashaba's chances.

Mpofu argued that Tau would not suffer should he be asked to retract his utterances. "There is no inconvenience whatsoever suffered."

He told the court that should Tau decline to do so, Mashaba would be viewed in a negative light, especially by women and black people. He said Mashaba might even be called a traitor.

"His right to hold office would be threatened should Mashaba be labelled a racist or sexist or whatever."

Mpofu said when the ANC Women's League marched and repeated the utterances, it was clear indication that the women's voting blocs were affected.

Mpofu asked that the order should be granted and that Tau should retract his remarks and refrain from repeating them again. He said Tau should publish the widest issue of an unconditional apology.

Ishmael Semenya SC, for Tau, argued that the remarks had been made more than two years ago, and that nothing had happened to Mashaba in that period. "The dates will tell you that there is no threat in harm that requires an interim relief."

He said it took Mashaba 105 days to launch the application. Semenya told the court that an interim relief could not be used in terms of past conduct. "You must point to a threat in harm, which in this instance is absent. This is serious abuse (of court time), this is when politics come to play in the courts."

He said that Mashaba was not at risk of anything since it was not local election time. "There is no interim relief being sought here; we are just playing politics."

"We make the case that there is no threat in harm. This application should be dismissed with costs," he said.

Mashaba said outside the court that it was a case he was "never going to let die".

"We would like councillor Tau to apologise unconditionally and retract the statements against me. I will look at other options with my lawyers to make sure that my dignity is restored.

"I never made a statement that women are prostitutes."

Tau was not present at court.

Judge Willem van der Linde said he would inform  both parties when judgment would be handed down.