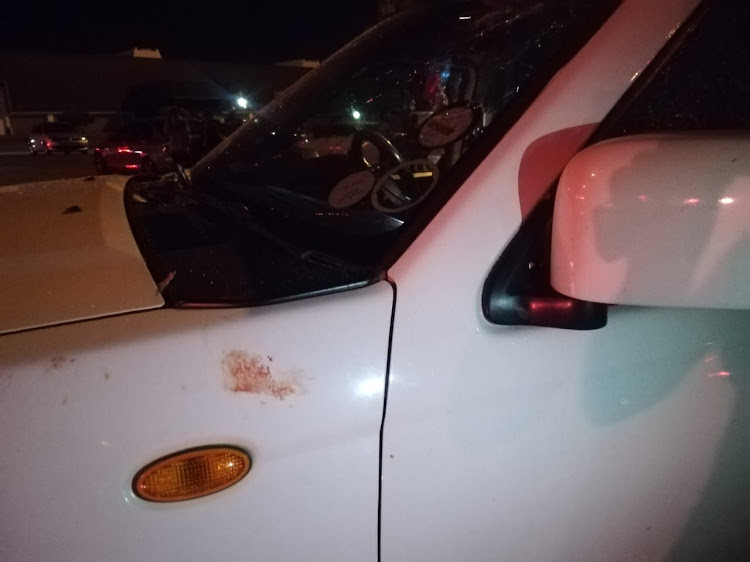 The car that was damaged in the parking lot after the Global Citizen Festival concert on Sunday, December 2 2018.
Image: Karishma Thakurdin/TimesLIVE

TimesLIVE journalists who attended the Global Citizen Festival concert at FNB Stadium on Sunday witnessed a violent altercation involving the driver of a car and several passengers of another vehicle soon after the event ended.

The incident occurred in the parking lot after the driver of a white bakkie allegedly scratched another vehicle while trying to pass in the congested area.

The journalists saw the driver of a white Ranger get out of the vehicle and assault passengers in the bakkie. Both licence-plate numbers are known to TimesLIVE.

A woman who was inside the car began screaming after she was hauled out of the vehicle. The man grabbed one of her shoes and began smashing the car windows with its heel.

Several security guards who were manning the parking area watched as the assault happened. They ignored pleas by concert-goers to intervene.

A person recording the incident on his cellphone ran away after being chased by the attacker.

The woman who was hauled from the car was visibly shaken after the incident. Her identity is known to TimesLIVE but she did not want to be named. The man whose car was attacked told TimesLIVE he had apologised for scratching the other vehicle, but had, nonetheless, been attacked.

“My car, it’s smashed. They attacked me. They punched us. For nothing. For nothing,” he said.

There were no police present. Security guards gathered about 30 minutes after the incident and apprehended the man who had attacked the car. 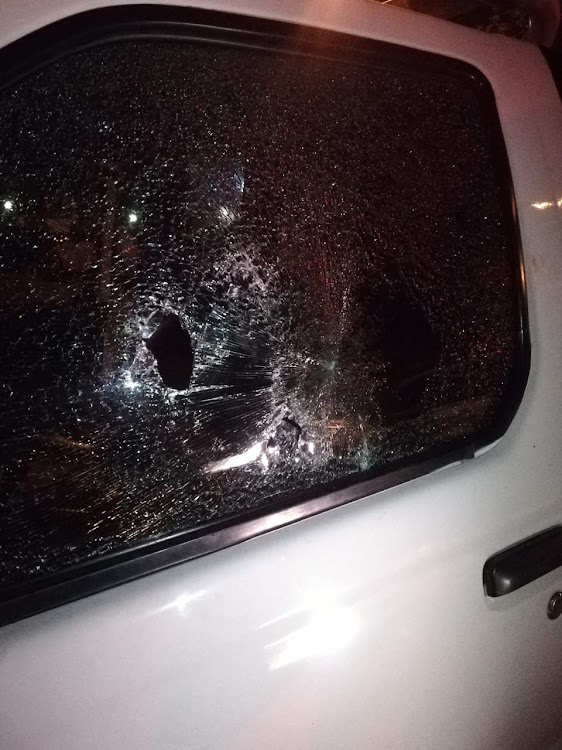 A man pulled a woman from a vehicle after the Global Citizen Festival concert on Sunday, December 2 2018, and smashed the car's windows with her shoe.
Image: Karishma Thakurdin/TimesLIVE

Police have been unavailable for comment and it is unclear if any arrests were made.

Just outside the parking lot where the incident took place, several other attacks occurred as concert-goers left the stadium.

People have come forward to detail the crime chaos that occurred outside a Sasol garage, where they were held at gunpoint.

Questions about the lack of police presence after the concert have been raised.

CEO of Stadium Management South Africa Jacques Grobbelaar said because of the high-profile nature of the event, which included the attendance of 58 heads of state, police and Global Citizen took control of safety and security.

He lambasted the inaction by police, saying there were no officers in sight after the festival, which he claims is against standard protocol.

“When we manage an event, we stay for at least two hours afterwards to ensure the safety and security of people. In this case, we were just landlords. The event was controlled by SAPS and Global Citizen,” he said.

The rigger who was part of the production team setting up the Global Citizen Festival: Mandela 100 who plummeted to his death on Saturday has been ...
News
3 years ago

Five financial commitments to come out of the Global Citizen Festival

It wasn't all about music at the Global Citizen Festival, there were also some serious financial commitments to a better Africa.
TshisaLIVE
3 years ago