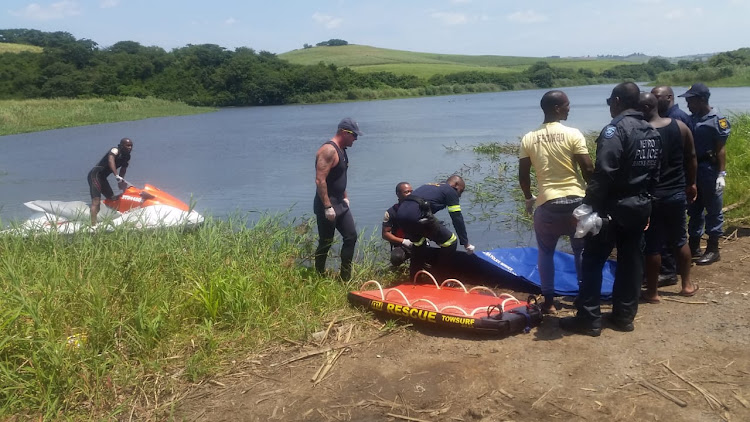 Police divers and KwaDukuza life guards pulled the decomposed remains of a man from the Nonoti River near Darnall, north of Durban, on Monday December 3.
Image: Supplied

Police divers had the grim task of pulling the decomposed remains of a man from the Nonoti River near Darnall, north of Durban.

It is understood that a passerby had noticed the corpse floating in the river and raised the alarm with the authorities on Monday.

Divers, aided by jet ski-borne lifeguards from the KwaDukuza Municipality, entered the water and managed to pull the unidentified man to the edge of the river.

Police detectives will launch and inquest into how the man died.