Hooked on fishing? Here's how to do it responsibly this holiday season 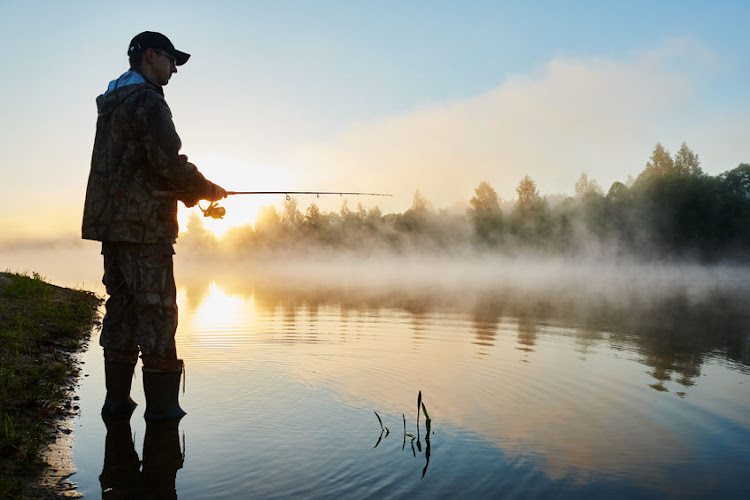 Fishing becomes increasingly popular in SA over the festive season - and environmental groups are determined to make sure that it's done ethically.
Image: 123RF Stock Photo/ kadmy

Do fish feel pain? What are the best hooks to use? Which fish can I keep and which ones should I release?

As thousands of holidaymakers head to the coast or inland resorts for their annual holidays, researchers and conservation groups have published a new online guide to help recreational anglers make wiser choices before dipping their hooks into the water.

The 20-page guide, The Responsible Angler, sets out to answer some of these questions for the country's estimated million-plus recreational anglers.

“Recreational angling is fun and often passed down through the generations, but for us and our children’s children to continue to enjoy this pastime, we need to learn and teach the basics to ensure that recreational fishing is sustainable,” said the South African branch of the World Wide Fund for Nature (WWF) this week.

What does it mean to be a responsible angler?

The new guide covers a wide range of topics, from catch limits and permits to humane catch-and-release methods and how anglers can contribute as citizen scientists by recording and sharing their catch information.

It emphasises the importance of the humane treatment of fish, including those that have been badly hooked.

Research suggests that over 70% of dusky kob die from internal injuries and stress when anglers try to remove hooks that have been swallowed into the gut, whereas nearly 85% survive if they were only hooked through the mouth.

“If a fish is hooked in the gills or throat, or if the hook is swallowed, cut the line as closely as possible to the hook and release the fish as normal,” advises the guide.

To minimise stress for released fish, the guide provides information on how to handle them. It recommends that they should not be out of water for longer than 30 seconds.

Anglers are encouraged not to keep any species that are considered endangered, vulnerable or threatened. The guide lists several websites offering further information on particular species.

If you have a licence and choose to keep some of the fish you catch, the guide recommends that the most humane way to kill a fish is to knock it unconscious with a blow to the head and then cut through the base of the gills so that it can bleed out.

The guide has been published by WWF SA in partnership with the SA Shark Conservancy, the Oceanographic Research Institute, the SA Institute for Aquatic Biodiversity and Rhodes University.

The search is continuing for a missing angler who is believed to have been swept off rocks near the Gwaing River mouth near Wilderness in the Western ...
News
4 years ago

Fisherman plans to stuff the 'monster fish' that didn't get away

Durban sales rep and fisherman Emile Govender certainly deserves the bragging rights when he boasts about the one that didn’t get away.
News
3 years ago

Marine biologist dives in with the sharks for environmental impact

When she was 11 years old, Alison Towner read a book her father wrote. She’d lost him six years earlier.
Features
4 years ago

An angler who landed a massive yellow-fin tuna has set South African and all-African women's records. Mariette Hendrikse caught the 100kg giant at ...
News
6 years ago

The sport of fishing may be about to experience its biggest revolution since the 1920s, thanks to an app developed by a Swedish start-up. Relying on ...
Business Times
7 years ago