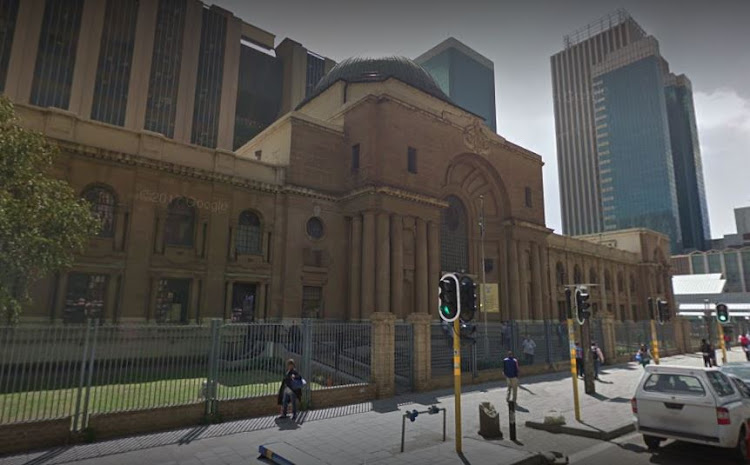 Two prisoners awaiting trial for murder have escaped from the Johannesburg high court.

Police spokesperson Captain Mavela Masondo confirmed that the two suspects escaped around 2pm on Wednesday. The suspects have been named as Sbonelo Thwala, 21, and Mongezi Mcunukelwa, 31.

Masondo said police have launched a manhunt as they investigate how the suspects escaped. No arrests have been made.

News24 reported on 29 August last year that Mcunukelwa is an alleged serial killer who is linked to 10 murders and attempted murder cases. He was reportedly arrested on June 21 last year during a shootout with police.

Several people have taken to Twitter regarding the escapes:

Spoke to a judge at High Court: “I was in the parking garage about to leave when the prisoners ran past me. I hid behind my car. I went upstairs after about 20 mins. And we couldn’t leave for an hour. They haven’t been caught.”

Reports coming in that prisoners are attempting to escape from the High Court in Johannesburg. Judges have been taken to safety.

BREAKING Judges have been put on lockdown at the High Court in Johannesburg following a prisoner break there. More info to follow.

PRISONERS BREAK FREE : JHB HIGH COURT. CBD. GP. THEY ARE STILL IN THE COURT BUILDING WHICH HAS BEEN LOCKED DOWN. AVOID!!!

Prisoners phone the justice minister… from behind bars with cellphones

Criminals are so brazen in SA prisons that they even call justice and correctional services minister Michael Masutha using their cellphones - devices ...
News
2 years ago

A 43-year-old police constable has been arrested after being found in possession of contraband goods which he was apparently planning to smuggle to ...
News
2 years ago

A gun belonging to a murdered security guard has been found in possession of a friend of a Johannesburg Prison escapee who police have been hunting ...
News
2 years ago
Next Article