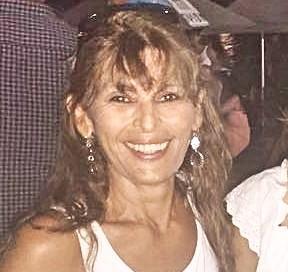 Marta Rubilar was found after police and security personnel flooded the area where she had been kidnapped. A security services spokesperson condemned the spread of fake news on social media which had hampered the rescue.
Image: Supplied

The Durban woman who was missing for several hours after a dramatic abduction on Friday morning is safe in police custody.

Sources close to the investigation confirmed that Marta Rubilar, 54, was found alive and was safe at a police station.

Marshall Security spokesperson Kyle van Reenen said paramedics were on their way to the woman about 10.30 on Friday morning to "see if she required medical attention".

Rubilar was hijacked and kidnapped by a gang of men outside her place of work in Powell Road shortly after 7am.

TimesLIVE earlier reported that police and private security personnel had flooded the area in search of the woman.

Footage of her kidnapping, which shows her being bundled into her car, has been widely circulated on social media.

Earlier, Van Reenen condemned members of the public for sharing fake news on the search, saying it was hampering the investigation.

"We must caution people about sharing unverified reports," he said.

KwaZulu-Natal community safety MEC Mxolisi Kaunda has called for a united front in laying down a bulwark against the steady onslaught of crime.
News
3 years ago

Two women, including Charity Mhlungu Nzuza, an official in the National Forum on the Legal Profession, were held up and pulled out of a car at ...
News
3 years ago

An elderly Chatsworth woman's body was found floating in a dam several days after she was reported missing.
News
3 years ago