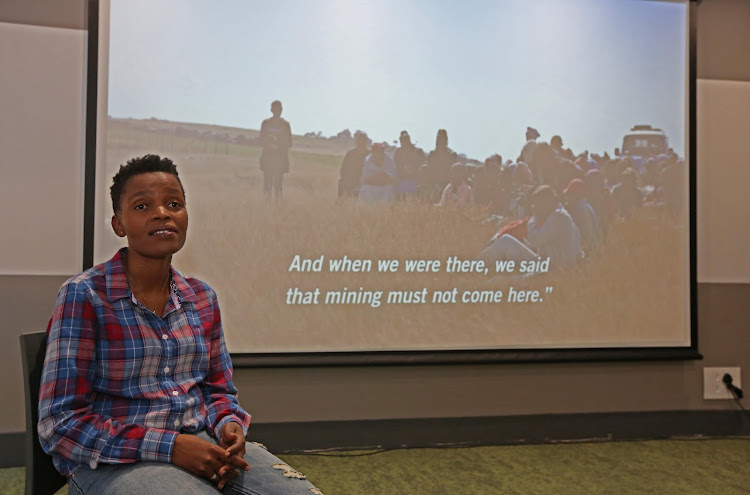 Amnesty International is calling on the government to respect a high court decision that stopped mining in Xolobeni in the Eastern Cape because the community does not want their land to be mined.

The precedent-setting judgment prevents the government from issuing a mining licence without the consent of the customary community that owns the land.

Amnesty International made the call at a media conference in Rosebank, Johannesburg, on Monday to mark global Human Rights Day.

Human rights attorney Richard Spoor was arrested after a heated fracas with mineral resources minister Gwede Mantashe on the Wild Coast on Sunday.
News
3 years ago

Johan Lorenzen, a lawyer for the Xolobeni community, said the department of mineral resources had until Thursday to issue its intention to appeal the judgment - and the community was expecting this to happen.

Shenilla Mohamed, Amnesty International SA's executive director, said: "We are calling on the government to respect the community's wishes."

High court judge Anneli Basson ruled in November that the Interim Protection of Informal Land Rights Act gave customary communities the right to say what happens to their land. She ruled that this trumps the Mineral and Petroleum Resources Development Act, which does not require the government to garner community consent to issue a mining licence.

The Xolobeni community took the government to court after it was believed the state  would award mining rights to Australian company Transworld Energy and Mineral Resources to mine titanium oxide in area. The company has since said it does not want to mine there.

Shortly after the judgment, mining minister Gwede Mantashe said it did not bode well for the future of mining in SA and that government wanted to appeal.

He told City Press: "The only worry and the risk that goes with the judgment is that I suspect that within the next 10 years the right to issue licenses is systematically shifting from government to communities - and if we do that, there will be no mining. With the attitude to mining in SA, within the next 20-30 years, mining will be banned in this country. Mining is being treated like a curse rather than a blessing."

Mantashe: I didn’t give the go-ahead on Xolobeni

Mineral Resources Minister Gwede Mantashe has distanced himself from reports by Australian company Mineral Commodities that the government is ...
News
3 years ago

Mantashe planned to visit Xolobeni at the weekend, but the trip was postponed after the community said categorically that it did not want him there.

The expected life of a mine in the area would be around 22 years.

"What happens after 22 years?" asked Nonhle Mbuthuma of the Amadiba Crisis Committee, a community activist group. "I am fighting for my land. Twenty-two years is nothing. After 22 years how are you going to live?"

Mbuthuma said the traditional community survived on farming and fishing. She warned that rivers, the ocean and the environment in general would be damaged if mining took place in the sand dunes.

Amnesty International added that mine rehabilitation has seldom been achieved in SA  because the laws forcing companies to clean up after a mine is closed are poorly enforced.

"Citizens should not have to go to court to safeguard their rights," she said.

Residents of an informal settlement in Marievale, Gauteng, took the South African National Defence Force (SANDF) to the Pretoria High Court on ...
News
3 years ago

The Lesetlheng community’s victory against mining interests signals a start to the recognition of land rights of which SA’s oppressed people had been ...
Business Times
3 years ago

Decision allowing mining in a protected area set aside

The high court in Pretoria on Thursday set aside decisions taken by the ministers of mineral resources and environmental affairs in 2016 that allowed ...
News
3 years ago

Having a mining right does not surpass the rights of those who currently occupy the land.
News
3 years ago

Mining Charter will not make everyone happy‚ says Mantashe

The new Mining Charter represents a consensus among stakeholders in the industry‚ but will not make everyone happy‚ mineral resources minister Gwede ...
Business Times
3 years ago