Court dismisses bid by Tom Moyane to have his sacking overturned 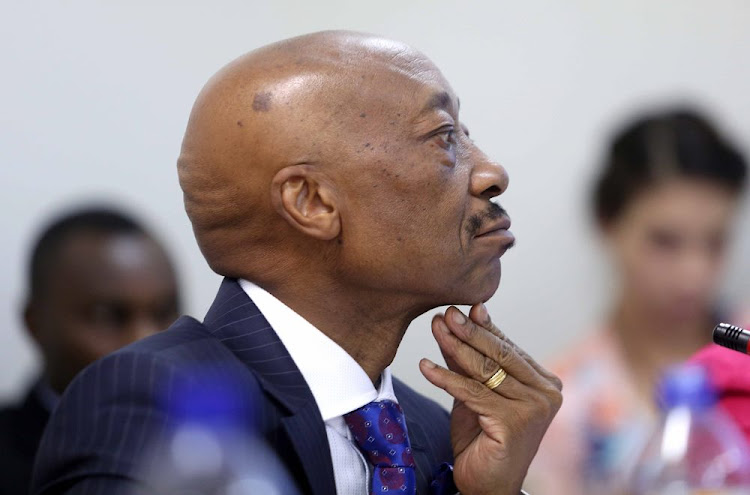 Former Sars commissioner Tom Moyane will have to pay costs in his court bid to get his job back. The judge told Moyane the national interest in the case 'far outweighed the narrow financial interests of Moyane'.
Image: Esa Alexander

The high court in Pretoria on Tuesday dismissed Tom Moyane’s application to have his axing as SA Revenue Service (Sars) commissioner overturned.

The court also dismissed Moyane’s bid to block President Cyril Ramaphosa from appointing his successor, and to prevent retired judge Robert Nugent from submitting the final report of the Sars Commission of Inquiry.

Moyane was dealt a massive blow in his nine-month battle with Ramaphosa over his controversial four-year tenure as Sars commissioner, which culminated in a R100bn hole in revenue collection.

Handing down his "lengthy judgment", judge Hans Fabricius said Moyane did not suffer irreparable harm and his request for an interdict was not urgent.

The national interest in the case also far outweighed the "narrow financial interests" of Moyane.

He further said the Nugent commission was legally established; its interim report which recommended Moyane’s axing was legally issued to Ramaphosa; and the president was acting rationally when he fired Moyane.

He added that Moyane was given an opportunity to respond to the president’s move to axe him, but he "spurned" these overtures "with disdain".

The hard-hitting judgment clears the path for Ramaphosa to appoint a permanent Sars commissioner and allows Nugent to submit his final report to the president without impediment.

The matter was dismissed with Moyane having to foot the costs of two counsel for the respondents.

Nugent, in his interim report, said it was critical to appoint a new permanent Sars commissioner in order to implement a long-term turnaround strategy in the critical institution.