Heroin, cocaine, weed or LSD? Survey wants to know how you get high 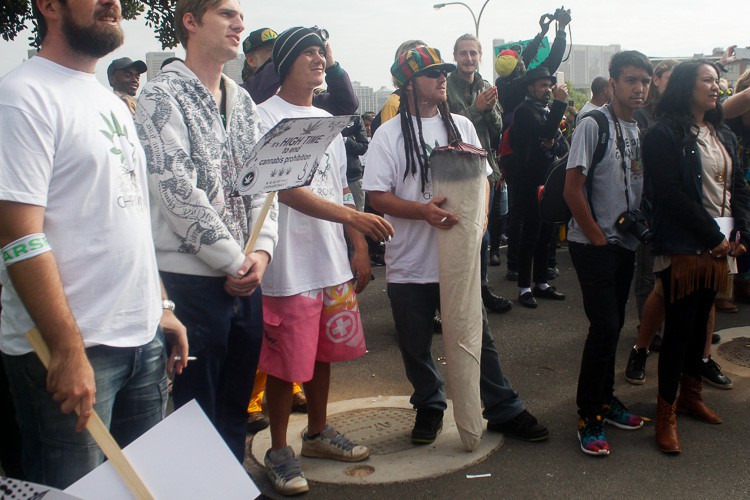 Protesters march for the decriminalisation of cannabis in 2017.
Image: Ashraf Hendricks/GroundUp

The Global Drug Survey (GDS) runs the world’s largest drug survey and they want to hear anonymously from users what they think about the drugs they use and why.

Now in its eighth year, the GDS will ask questions about LSD micro-dosing and the acceptability of psychedelics in psychiatry; and how users rate different drugs, including alcohol, in terms of value for money.

There are questions about cannabis edibles and whether people trust the police in their own country. Would “fair trade” or “ethical” cocaine diminish the destructive power of organised crime? How much do users pay for drugs and what are the potential harms?

The GDS said, in a press release, that issues such as overdose prevention, blood-borne viruses, irrational drug policies, and human rights violations are central to shifting the way “we can reduce harm from drug use on a global scale”.

“GDS complements work done by research and advocacy groups who work for change in these important areas by focusing on the drug use patterns and potential harms of the hidden masses of non-dependent drug users. In addition, we aim to identify new drug trends before they enter the wider population,” the release states.

Professor Adam Winstock, the CEO of Global Drug Survey, is a consultant psychiatrist and addiction medicine specialist at the Institute of Epidemiology and Health Care, University College London. He told GroundUp: “It’s not a case of supporting the use of drugs but a case of accepting that some people choose to drink and use other drugs and wanting to help people understand the consequences of those choices (both positive and negative), as well as the risks and how to minimise those through education and engagement. I don’t support the use of cars, but if you drive, I want to make sure you do so safely to reduce your risk of hurting yourself or others.”

“To have a regulated market in some countries will be the appropriate response. What you need is the right drug policy for each country – one that matches the culture, the economy and optimises the health and well-being of all the citizens.”

One of the focus areas of the survey is the use of psychedelics in mental health. In the survey a hypothetical scenario is created that requires participants to indicate how likely they would be to accept a range of psychedelic interventions (each of which is briefly described) and the reasons for such a choice.

The options include ceremonial versus medical ayahuasca (a brew made out of the Banisteriopsis caapi vine and other ingredients), high and lower dose interventions with ketamine, LSD and psilocybin (magic mushroom), as well as MDMA (methylenedioxymethamphetamine, or Ecstasy).

The GDS for 2019 received ethics approval from University College London, University of New South Wales and the University of Queensland. The results are expected in May 2019.