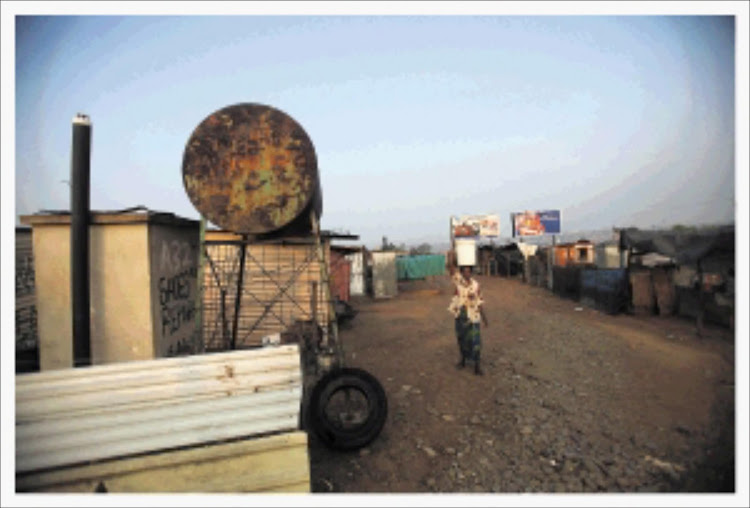 A businessman has put out a call for materials to build a home for a family of six children and one woman, who are living in a dilapidated structure.
Image: ALON SKUY

A small businessman has taken it upon himself to build a home for a family of one woman and six children whose cry for help was shared on social media a month ago.

A Facebook post, which has since gone viral, shows a video of a Grade 6 girl carrying a child on her back.

She is singing a popular gospel song titled "Mzalwane Qina" (Be strong, brethren) which has been performed by a number of recording artists.

The surrounding shots show a number of other children about with no adult person in charge.

The structure of the mud brick house on the background looks worse for wear.

Mkululi White, the owner of a company which manufactures and supplies protective clothing, was touched by the video and has decided to help.

On Monday, a public holiday, White and his team will descend on the homestead with the aim of building the family a home.

"We saw the post of the child on social media. We finally managed to track her down at (a village near) Pietermaritzburg last week. When we reached there, we found that there were five other children,” White said. Their mother was with them.

The family's identity is being withheld to protect them from possible harm.

White said his company had thought of only donating groceries to the family, but when his colleague visited the place, he found that the house in which they lived in was uninhabitable.

“Although the initial plan was to send groceries, I thought 'let us build a house for the family'. We thought as much as food was important, there must also be proper shelter for the family."

White said he then made a call to the community to donate building material so that a three-bedroom house could be built for the family.

He said people were buying from hardware shops while others will be sending clothes by courier.

“We wish this project to be finished in two weeks. We would, in the meantime, like to have a prefabricated structure in place to house the family while the building work continues,” White said.

He said that at 8am on Monday, there will be a meeting at the provincial legislature in Pietermaritzburg, where "we will check what we have".

"We are going there to make sure that they will have the best Christmas ever. This weekend we will send building material that has been bought. It is not enough. We don’t want cash, we want materials.”

Plight of kids who have to fend for themselves

Five children were left destitute, but readers pitched in
News
3 years ago