Sadness and shock as Ndalo Media prepares to shut down 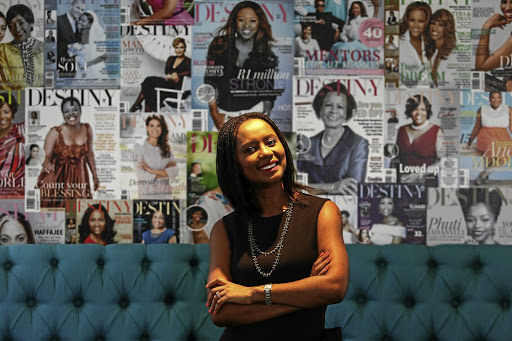 The media company that produces Destiny, Destiny Men and Elle magazines will close its doors at the end of January 2019, and Mzansi is heartbroken.

According to SowetanLIVE, staff at Ndalo Media have not been paid for the month of November and it seems unlikely they will receive their December salaries any time soon.

The company, owned by Khanyi Dhlomo, who has extensive experience in the media industry, has been struggling financially since about 2016.

Amanda Dambuza is the founder and director of Uyandiswa, a consulting company she formed four years ago and which today employs more than 70 people.
Lifestyle
4 years ago

A source provided SowetanLIVE with an audio recording in which Dhlomo is said to be confirming the closure.

She said: “Given just where we are and the various conversations we’ve had, I’ve decided to close down this company effective as of January 31 next year [2019].”

Communications minister 'at war' with SABC board over job cuts

Communications minister Stella Ndabeni-Abrahams has reportedly “gone to war” with the board of the SABC over looming retrenchments at the broadcaster.
News
3 years ago

Social media is saddened by the job losses, especially at this time of the year. Workers who have not been paid since October will soon be unemployed.

Many are also disappointed because the media house is known for celebrating black excellence.

It saddens me that #NdaloMedia is closing down. I love @DestinyConnect magazine. 💔

I may not fully comprehend the low down on #NdaloMedia, it is just too sad when a woman's empire takes a knock 😥 and people add onto our high unemployment stats. Somebody! Please do something!

My sister and I have probably bought every issue of Destiny. Was hoping to one day be featured. So sad to read about #Ndalomedia shutting down. ☹

Folks out here complaining about setting up a crowdfund for Ndalo Media, Americans set up crowdfunding for privileged folks like Kylie Jenner,

but we struggling to set up a fund for a Media Platform that elevates our DREAMS!

Ndalo Media and particularly Destiny was so awesome in how they showcased non-celebrity women that were game changers. Women that look like you and could easily have been your neighbour. Plugs to otherwise inaccessible stores. Advice on everyday modern challenges. I m not okay😭

#NdaloMedia celebrates #BlackExcellence. It inspires many to dream and reach for the stars.

Oh, and what of those incredible souls who work there. It must be saved 😭😭😭