Over 43kg of cannabis seized by Cape Town police 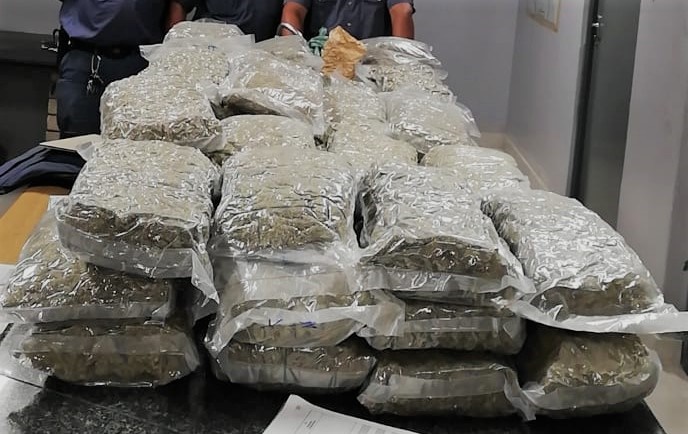 A man selling drugs from his vehicle, which was parked at a petrol station in Koeberg Road in Cape Town, spent the weekend behind bars - along with two accomplices.

Table View police made the arrest at the garage after being alerted to his actions at 11pm on Thursday. On searching the vehicle, the officers discovered cannabis hidden inside the glove compartment. A search warrant was then obtained for his residence to be searched.

"At the residence in Wemyss Crescent, Rugby (Milnerton), members found large quantities of cannabis, sealed in vacuum packed plastic bags, as well as an undisclosed amount of cash."

Two men who lived with him were also arrested.

The cannabis weighed over 43kg, with an estimated street value of R175,000.

The men, aged in their early twenties and late thirties, were charged with dealing in an illegal substance. They are due to appear in the Cape Town Magistrate's Court on Tuesday.

Two men were shot dead in a drive-by shooting outside a Cape Town secondary school’s matric ball on Friday.
News
3 years ago

A second suspect was arrested on Wednesday in connection with a R8.9m drug bust in Somerset West in the Western Cape last week.
News
3 years ago