Reconstruction is an option for botched circumcision victims 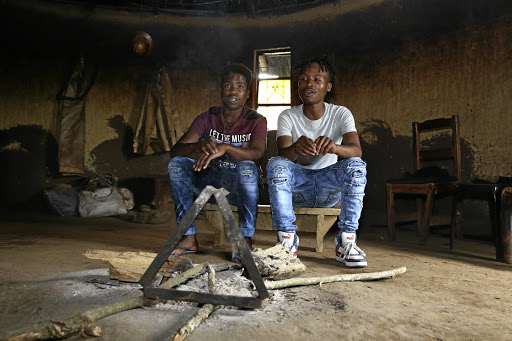 Nelisile Gantsana, left, and Sihle Mlungu are two of many young Eastern Cape men who lost their genitals in botched circumcisions. The two had their genitals reconstructed by doctors at the Nelson Mandela Academic Hospital in Mthatha.
Image: Thapelo Morebudi

Nelisile Gantsana was suicidal when he realised his penis would not grow back after a botched circumcision in 2010.

He was 16 at the time.His fellow initiates said that because he was young, his penis would grow back. It never did.

"The first year passed without anything happening. I panicked. I wanted to end my life," he said of the trauma at an initiation school in Lusikisiki. "But I had hope."

Gantsana, 23, is now one of 30 who have had a penile reconstruction, at a total cost of about R15m to the provincial health department. Unlike a penis transplant, which costs less and depends on a donor, reconstruction takes muscles and skin grafts from the patient. Gantsana was operated on in July.

"At the initiation school our wounds were treated by young, inexperienced traditional nurses," he said.

Gantsana and four other men from the Mthatha area municipality were helped by the Gugulethu E Sirayi Foundation. It put them in touch with a group of specialists led by urologist Dr Raymond Campbell, who said about 1,000 young Eastern Cape men had lost their manhood at circumcision schools since 2005.

One of those helped was Mputhumi Ncanywa, 37, who received reconstruction in May, 11 years after losing his penis. For eight years, he had to use a catheter.

Sihle Mlungu, 24, spent three months in the Holy Cross Hospital in Flagstaff after losing his penis. In 2015, he was the first of the 30 men to have reconstructive surgery done. He plans to start his own family now.

"My life was never the same after the circumcision, but today I am happy," he said.

Sirayi, who started the foundation named after him, said some victims needed to wait more than 10 years for reconstruction.

Campbell said that to stop circumcision was not a good strategy.

"I think the [initiation] schools should be better vetted and the surgeons performing the cut trained and accredited."

Campbell said that at first reconstructive surgery was met with scepticism. 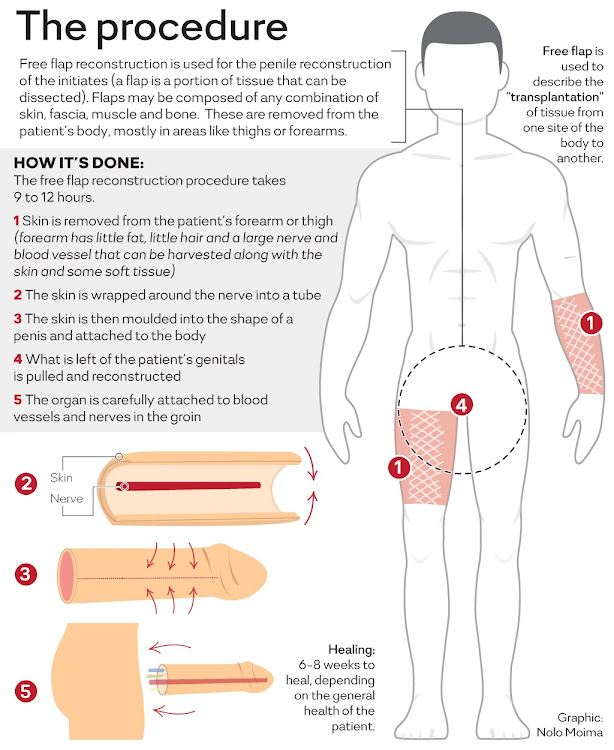 Each procedure costs up to R500,000, according to Dr Mbuyiselo Madiba of Mthatha's Nelson Mandela Central Hospital. A prosthesis costs between R25,000 and R60,000.

Campbell said that without better funding the surgeons would not be able to continue doing the operations. He and his team of two plastic surgeons perform the operations pro bono.

"The clinics are run by the urology and plastic surgery teams stationed at the Nelson Mandela Academic Hospital, so this saves a huge amount of money."

Madiba said that if the medical circumcision route was embraced, "these deaths can be prevented".

The Mthatha hospital works with the provincial and national health departments on the programme. "At my hospital about 12 doctors are trained on [medical circumcision] and are ready to help," said Madiba.

The minister of traditional affairs, Zweli Mkhize, says the government is “working closely with all stakeholders, especially traditional leaders and parents, to ensure challenges of initiation are addressed in all provinces where this tradition is practised”.

In December 2014, SA was the first country to do a penile transplant, performed at the Tygerberg Hospital in Cape Town by the head of urology at Stellenbosch University, Professor Andre van der Merwe, and his team. A second was done in April 2017.

Van der Merwe said that in 2005 about 150 initiates lost their penises.

At one stage his team had about 10 patients on their waiting list. "Most have disappeared. I fear the worst as it seems suicide is a way out. I only have two patients left."

He said only four transplants were possible in a year because of a shortage of donors.

A spokesperson for the Eastern Cape department of co-operative governance and traditional affairs, Mamkeli Ngam, said three men who had run illegal initiation schools had been arrested. The schools were in the Lusikisiki, Ngqeleni and Mhlontlo areas.

Of the 21 initiates who had died since November, the start of the 2018 summer initiation season, 17 had been from the Eastern Cape, said the minister of traditional affairs, Zweli Mkhize.