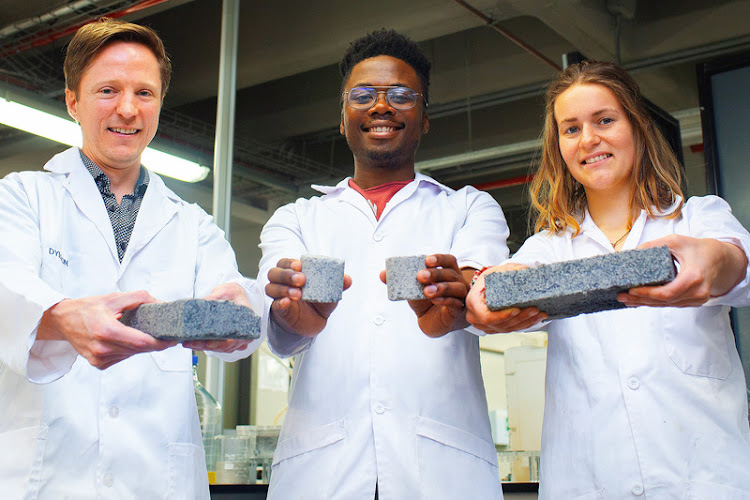 South Africans have made headlines across the globe for their recent innovations. From bricks and fertiliser made of urine to Africa's first private satellite, here are four groundbreaking South African inventions that had the world in awe this year.

From Africa to space

A team of female high school students built and designed Africa's first private satellite, which is set to make its way to space.

According to CNN, the Cape Town teens have designed and built payloads for a satellite that will orbit over the earth's poles and scan Africa's surface.

The creation is part of project by the Meta Economic Development Organisation (MEDO) and Morehead State University in the US to encourage more females to enter the 'STEM' fields of science, technology, engineering and mathematics.

Brittany Bull’s squad may look like any other high-school girl gang. But they’re so much more than that. The teenagers are part of the team behind ...
Features
3 years ago

UCT urine project zips to the top of the pile

A scholar from Port Elizabeth invented a fire-proof shack that would not catch fire if it were exposed to flames.

Gabriella Mogale entered her project into the Eskom Expo for Young Scientists. It uses insulation that acts as a barrier between the fire and the corrugated iron used to build shacks in informal settlements. The insulation is made of recyclable material and the outside with a mixture of cement and other products.

She said the wildfires that ravished Knysna in 2017  prompted her to create a fire proof shack.

A fire-proof shack that would not go up in flames if a blaze was started inside‚ outside or near it.
News
3 years ago

Civil engineering students from the University of Cape Town made global headlines for creating a brick made out of urine that would serve as an alternative to concrete and clay brick.

The brick is made from a natural process called microbial carbonate precipitation, mixing the urine, sand and bacteria to make the brick.

Each brick requires 30 litres of urine, which they sourced from the male students on campus.

Eight female South African researchers have received one of the highest scientific honours in sub-Saharan Africa.
News
2 years ago

An innovative DNA testing kit that could help to nab rapists was unveiled by the University of the Western Cape on Thursday.
News
2 years ago

Wheelchair innovation allows users to go to the bathroom independently

In 2011, Portia Mavhungu (30) spent seven months in a wheelchair after breaking her pelvis.
Features
2 years ago

How maggots and infrared cameras are solving murders

You've got to love how human beings can turn the macabre into magic - or in this case‚ the maggots into the mystery-solvers.
News
3 years ago