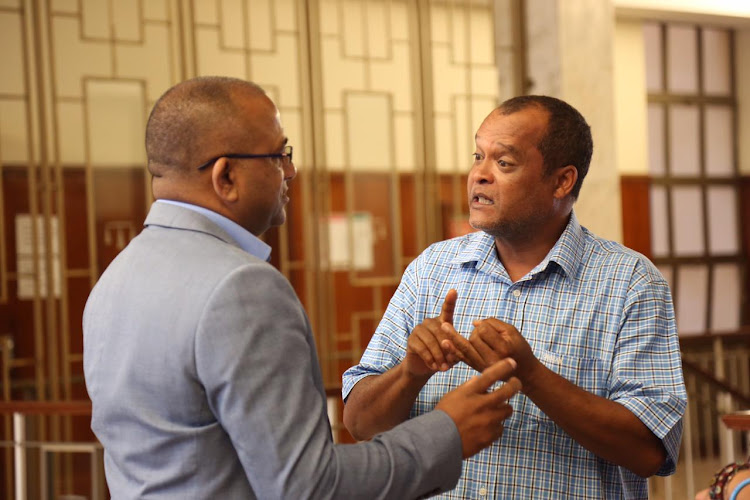 The man accused of the kidnapping and murder of Miguel Louw, Mohammed Ebrahim, struggled to contain his anger as he lashed out at magistrate Sifiso Luthuli while being led back to the cells at the Durban Regional Court on Friday.

"This is an injustice," he screamed, pointing his finger skyward in the dock.

Luthuli struggled to calm the 43-year-old butcher, who faces the prospect of remaining behind bars until the culmination of his trial.

Here are the five important notes from Luthuli’s bail judgment:

#MiguelLouw Luthuli: The body of the deceased was found some 48 days thereafter near the accused’s home. During all this period the accused never told the mother that he had met the child and bought him KFC.

The nine-year-old boy went missing from Sydenham on July 17 2018 and was last seen alive with Ebrahim.

His decomposed remains were found in September in Phoenix, less than 100m from Ebrahim’s family home.

The court previously heard that Ebrahim, who worked as a butcher, had slept in a shed on a foam mattress after becoming estranged from his family.

He entered Miguel’s life as an acquaintance of the boy’s mother, Raylene. The two worked at the same butchery. Ebrahim lived with Miguel and his mother at their Sydenham home for two weeks, before mother and lodger had an altercation.

When he was first arrested‚ he was found in possession of Miguel’s original birth certificate and Raylene’s identity document.

He will return to court on January 31 2019, facing charges of murder, kidnapping and theft.

Miguel Louw was killed 'to teach his mom a lesson', court told

A shocking allegation of revenge was made in the Durban Magistrates Court on Wednesday.
News
3 years ago

On the day the parents of slain Sydenham boy Miguel Louw began a frantic search for their son, the man accused of his murder thought the abduction ...
News
3 years ago