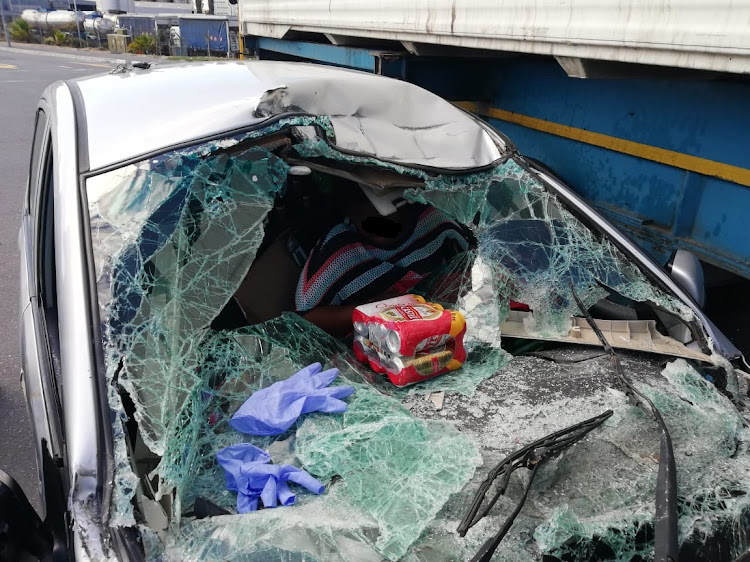 A six pack ended up on the bonnet of this badly damaged car when the driver fled a roadblock in Cape Town and crashed into a truck. Police suspect he was under the influence of pre-Christmas drinking.
Image: City of Cape Town

Bottles and cans of alcohol became airborne missiles when an allegedly drunk driver refused to stop at a roadblock and ended up crashing into a truck.

The motorist did not comply when traffic officials tried to stop him in Dunoon on Sunday December 23 2018 at one of several roadblocks set up to curb road deaths caused by drunk driving in Cape Town.

"The suspect sped off, nearly running over a traffic officer and, after a high-speed chase, collided with a heavy-duty articulated truck," said mayoral committee member for safety, security and social services JP Smith.

"Miraculously, there were no serious injuries."

The vehicle was filled with an assortment of alcoholic beverages. Bottles and cans were strewn about after the collision.

A six-pack of beer cans rested on the dashboard in the middle of the shattered windscreen in the aftermath of the crash.

The driver was handcuffed, sitting in the smashed vehicle. 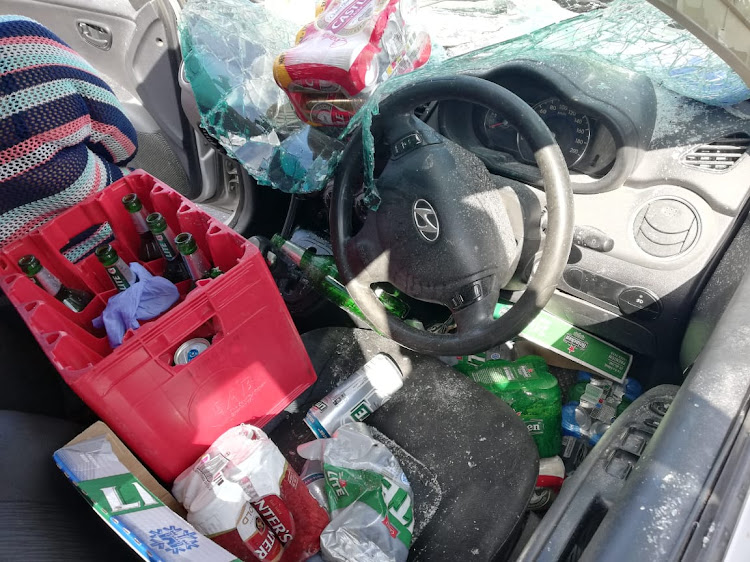 Bottles and cans of alcohol were found in the car after the crash. Luckily, no one was injured although attempted murder is one of the charges the driver faces.
Image: City of Cape Town

"The driver was charged with drunk driving, reckless and negligent driving, and attempted murder," said Smith.

He said the driver was one of 95 drink-driving suspects arrested by Cape Town traffic services in the past four days.

"This incident could so easily have been avoided, but instead, one bad decision to drive under the influence set in motion a chain of bad decisions that nearly cost people their lives," said Smith.

"We can’t win the war on drunk driving and the devastating consequences with enforcement only. People need to start taking responsibility for their actions," he said. 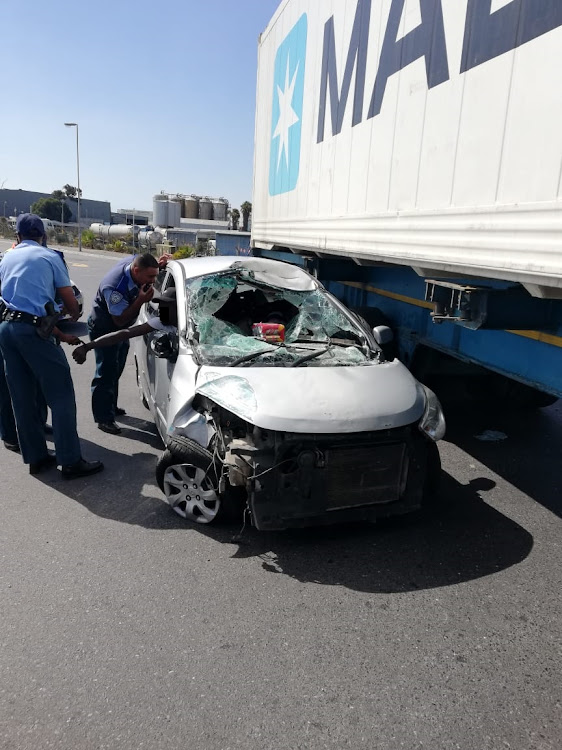 The end of the road for a driver who tried to avoid a roadblock.
Image: City of Cape Town

Breathalyser readings taken on the spot will be used in evidence in court instead of blood tests, says transport minister.
News
3 years ago

Time to get serious about needless, preventable road deaths

Driver training, behaviour and attitudes on the road could change drastically if the Road Traffic Management Corporation (RTMC) has its way.
Opinion & Analysis
3 years ago

Here’s a sobering thought as the festive season kicks into overdrive - insurance companies reject a huge percentage of car accident claims on the ...
News
3 years ago

Two police officers have died in two separate road incidents over the weekend.
News
3 years ago

On the eve of the festive season, the Road Traffic Management Corp (RTMC) is pushing for tougher action against those arrested for drunk driving ...
News
3 years ago