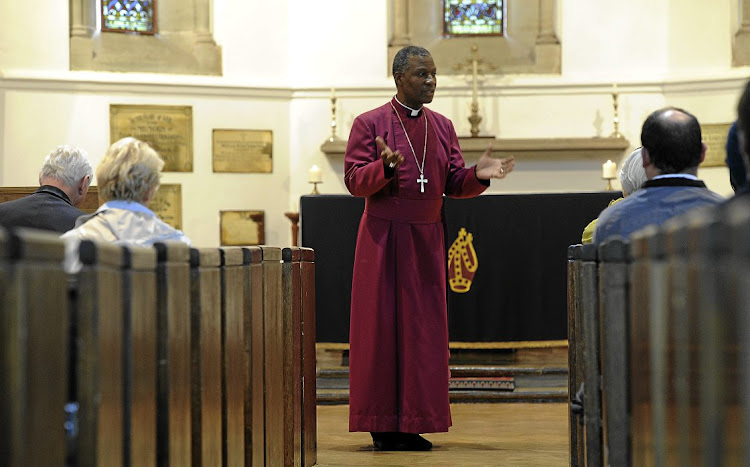 But, he said, the lives of South Africans will not improve until they stop using violence to solve disputes.

Delivering his Christmas sermon during midnight mass at the St George's Cathedral in Cape Town on Monday, Makgoba said: "We welcome the changes in government since last Christmas, when I called for the replacement of the president at the time. We welcome those steps taken to clean up government and to root out corruption in the public and private sectors."

But Makgoba asked how far good, clean government would take the country when people were killed on picket lines, stabbed in schools, beaten up during protests and assassinated in disputes over who will hold public office.

"We are a nation that has grown up believing that outcomes are achieved only through violence."

He singled out for condemnation the violence of the ongoing strikes at the Sibanye-Stillwater mines and in the plastics industry, schoolchildren attacking their teachers, and the violence and destruction of property during service delivery protests.

"As highly contested elections loom next year, we are seeing a spike in threats of violence as well as the ongoing killings of political opponents in some parts of the country."

Makgoba said leaders in government, business, organised labour, education and politics have a significant responsibility to provide the moral leadership to redefine how people disagree, find consensus and create the society that all strive for.

"But the solution lies ultimately in our own hands ... We will not be able to say that the quality of life for ordinary South Africans has been improved by our liberation from oppression until we are also liberated from our instinct to solve problems through violence, whether in schools, in workplaces or in political campaigning," he said.

"This is a critical issue for our country, one that needs to be acknowledged and addressed."

Senior intelligence officers could land in hot water after a parliamentary committee proposed that they be investigated for allegedly “pilfering” ...
News
3 years ago

Six months after sex abuse claims rocked the Anglican Church of Southern Africa‚ it has adopted new measures to deal with the issue.
News
3 years ago