'Significant milestone' as new SA nanosatellite is launched into space 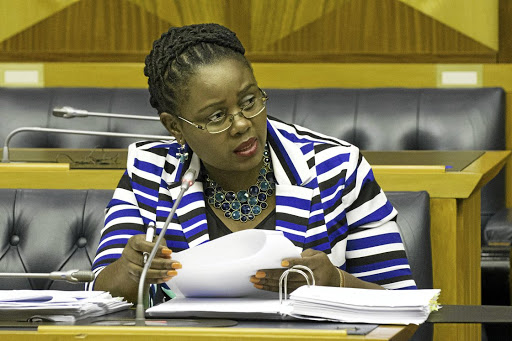 Science and Technology Minister Mmamoloko Kubayi-Ngubane watched as the continent's most advanced nanosatellite was launched in Russia. The satellite will provide cutting-edge remote sensing and communication services to South Africa and the region.
Image: Trevor Samson

South Africa’s most advanced nanosatellite to date, the ZACube-2, was successfully launched into space on Thursday with the Russian-operated Soyuz Kanopus-V mission from Siberia, Russia.

Science and technology minister Mmamoloko Kubayi-Ngubane described the launch as a milestone for the county’s space programme.

"Going, going, gone! Watched as ZACube-2 left the earth for orbit at 04:07am from Vostochny in Russia. What a day for South Africa!" the minister's spokesperson Hlengiwe Nhlabathi tweeted as she shared photographs of the event.

🇿🇦Going, going, gone!
Watched as ZACube-2 left the earth for orbit at 04:07am from Vostochny in Russia.🙌🏿
What a day for South Africa! @dstgovza @mmKubayiNgubane pic.twitter.com/Zk6LnO6OjN

The ZACube-2 was launched together with small satellites from the US, Japan, Spain and Germany. It will be orbited as a secondary payload in a launch mission designed for real-time monitoring of natural and man-made disasters and other emergencies.

Described as the most advanced of its kind on the continent, the ZACube-2 will provide cutting-edge remote sensing and communication services to South Africa and the region.

Weighing just 4kg, the ZACube-2 is South Africa’s second nanosatellite to be launched into space. It is three times the size of its predecessor, TshepisoSat.

The project is funded by the department of science and technology. It is managed by the South African National Space Agency in cooperation with the University of Montpellier in France, the French Embassy and the Paris Chamber of Commerce.

In April this year, Kubayi-Ngubane attended the send-off ceremony and met the team of young people who worked on the ZACube-2.

At the time, the nanosatellite was scheduled to be launched from India in June. Excess capacity induced by primary and secondary payloads on India’s Polar Satellite Launch Vehicle resulted in a delay, so an alternative arrangement was made to launch from Russia instead.

"The launch of ZACube-2 represents a significant milestone in the nation’s ambition to becoming a key player in the innovative utilisation of space science and technology in responding to government priority areas," said Kubayi-Ngubane.

It is no longer news that satellites have a critical role to play in filling the gap in internet coverage across Africa.
Business Times
3 years ago

From bricks and fertiliser made of urine to Africa's first private satellite, South Africans have made headlines across the globe for their recent ...
News
3 years ago

South Africa’s first meteorite auction will offer enthusiasts an opportunity to expand their collection of “treasures from space”.
News
4 years ago

A privately-developed Chinese carrier rocket failed to reach orbit after lifting off from Jiuquan satellite launch centre on Saturday, in a blow to ...
News
3 years ago