WATCH | It's the trailer that ruined Christmas 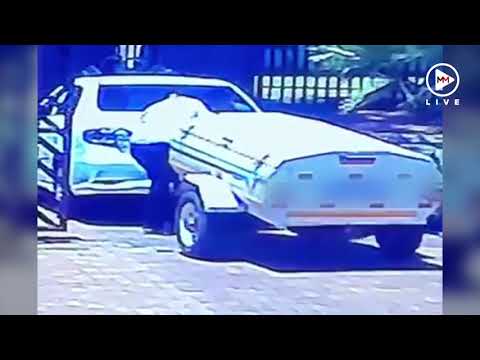 The mystery of a stolen car trailer has been solved, but a Johannesburg family is still wondering how it went missing in the first place.

After opening a case with the Boksburg SAPS and putting out a Bolo [be on the lookout] with numerous security companies, the family has learned that what transpired the day before Christmas 2018 was a case of mistaken identity.

The “thief” was actually meant to borrow their neighbour’s trailer.

The event was caught on CCTV when a man, whose identity is known to TimesLIVE, pulled up to the Wilson family’s gate in Beyers Park, Boksburg, on Monday, December 24, at 11.40am.

The man was able to persuade the gardener to help him hitch the trailer to his car.

The gardener doesn’t speak English, but was seemingly compelled to hand over the R7,500 trailer by the calm demeanour of the “thief”, who was in no rush as he ensured all the trailer brake lights were working, before driving off.

The whole event took 10 minutes. The family said if they hadn’t stopped to fill their car with petrol they could have prevented the man from taking the trailer.

The family’s neighbour, Pierre Steenkamp, said he had just been made aware of the incident.

“I’ve just come back from holiday. My colleague asked me if [the man] had taken the trailer, but the trailer is still in my yard.”

“As you drive down our road you can see the neighbour’s trailer. He must have just made an honest mistake and assumed he was taking the right trailer.

“He’s now in Durban for a week, unless they lock him up. Maybe that’s why we can’t get hold of him,” Steenkamp joked.

But neighbour Craig Wilson was frustrated.

“One would think common sense would prevail. Why didn’t this man check the house number and the trailer registration before hitching it to his car and driving off? Surely you check with the owners of the house before you take something, or you make a phone call. I can’t believe there are people out there who can’t check these details to confirm they have the right place before taking something. It amazes me the lack of common sense.

“It’s really odd because the man even had to pay for the registration of the trailer. Why didn’t he see the trailer had a different licence plate?” Wilson asked.

He said once he had learned the truth about the “stolen” trailer he could see the humour in it: “It’s really a comedy of errors.”

Wilson was able to contact the man on Thursday, December 27, and said the holidaymaker had agreed to bring back the trailer that day and to pay R200 a day rent from December 24, when the trailer was taken.

A detective at the Boksburg police station confirmed a case had been opened.

The man’s wife, speaking on behalf of her husband, was angry when TimesLIVE contacted her. She said the story was not funny and had ruined her holiday.