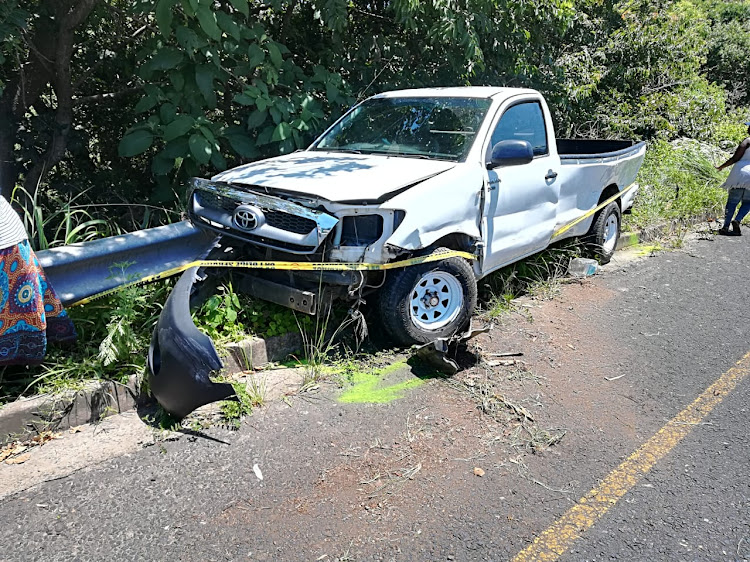 Two people were killed and 25 injured when this bakkie overturned near Port Shepstone on Tuesday.
Image: KwaZulu-Natal emergency medical services

Two people were killed when a bakkie carrying 27 people overturned near Port Shepstone in southern KwaZulu-Natal on Tuesday morning.

Paramedics and emergency services responded to an emergency call at a main road in Upper Melville, where the bakkie had overturned.

“Two people have sadly sustained fatal injuries in this crash and paramedics have treated 25 patients at the scene of the crash, meaning that 27 people were on board the bakkie at the time of the crash,” said provincial emergency medical services spokesman Robert McKenzie.

McKenzie said the exact circumstances leading up to the crash were being investigated by the police.

Five people had a lucky escape after their car drove off the side of a bridge and landed upside down in a river in Johannesburg on New Year’s Eve.
News
3 years ago

One man was killed and two others were injured following a head-on collision between two trucks in Carletonville, Gauteng in the early hours of ...
News
3 years ago

Four people were injured in an accident involving two goods trains in Brakpan on the East Rand on Saturday night, paramedics said.
News
3 years ago