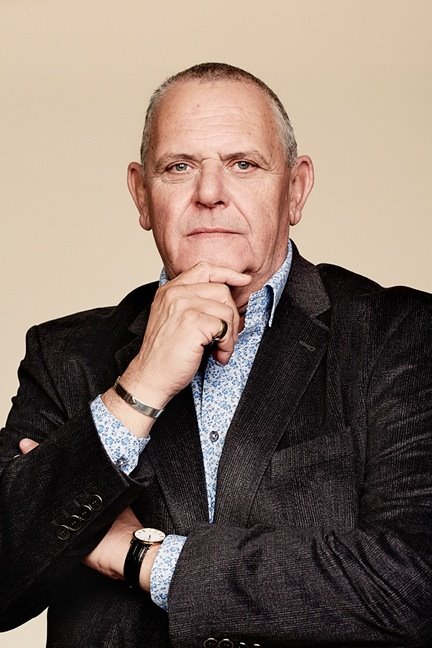 The former MD of Exclusive Books and well-known publisher Stephen Johnson has died.

“Although he headed up the most important businesses in the books industry in South Africa … but the core of his passion was production of the physical object, was the creation of the book.”

Williams added: “He was obsessive about things like the quality of paper used, the texture of the paper that was going to used when making a book. He worked very closely with a lot of writers to produce beautiful objects in addition to beautiful texts. That’s where he derived a great deal of pleasure in his job.”

Johnson was born in Cape Town and his first job in publishing was with the scholastic publisher Maskew Miller. He later became the GM and MD of Exclusive Books before moving to Random Century, the forerunner of Random House in SA.

In 2008, Johnson became the founding MD of Random House Struik, served as Penguin Books CEO from January 2013 to June 2014 before working for Bargain Books.

Williams said Exclusive Books mourned the loss of Johnson who would be “remembered for many, many years to come”.

In every life there are a few rare bright stones to follow or discard. Stephen Johnson was one of the brightest I ever had the privilege to find and to follow. He lost his light yesterday but I will carry his bright stone of irreverence, joy and beauty till I die. RIP.

We have lost a true legend. RIP Stephen Johnson. pic.twitter.com/Xlb8UCDqqw

Poet Antjie Krog paid tribute to Johnson at his retirement party in Cape Town in 2012. She described him as a publisher who loved books.

"Apart from the fact that Stephen should be professor in How to Make Beautiful Books and Sell Them Successfully, he is a writer’s dream: he is as creative as yourself, he thinks about possibilities that have never crossed your mind, he is a discerning manuscript reader and can tell very quickly whether a manuscript is working. If it 'works', he throws himself behind the coming book with the neat and thrilling energy of a DA march. Nothing will be overlooked: not the font, not the launch, not the future of the book nor a potential clash with COSATU."

She added: "Stephen Johnson is the kind of person that I like to have at my side: for his joy at life, his incomparable English – whether speaking or writing – his sensitive creativity, his eye for beauty and last but not least, his character, more often than not burdened with integrity."

Dhlomo closure a wake-up call for media in SA

What drives the price of books in SA?

For every 10 books sold in South Africa, six are for basic education, one is for tertiary education and three are general fiction or non-fiction.
Lifestyle
3 years ago

Publishers’ association will cooperate with probe into alleged cartel behaviour

The Publishers’ Association of South Africa (PASA) says it is cooperating with an investigation by the Competition Commission into possible cartel ...
News
3 years ago