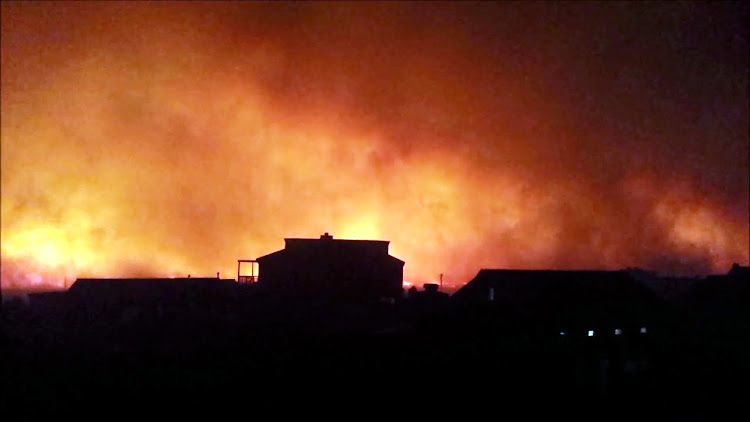 A 34-year-old man was arrested on Thursday on suspicion of causing the fire still burning in the Betty's Bay/Pringle Bay area of the Overberg in the Western Cape.

Police said the man was arrested on a charge of contravening the National Environmental Management Act, which outlaws burning or discarding an object in a manner likely to cause a fire. He is scheduled to appear in the Caledon magistrate's court on Monday.

Investigations into the cause of the fire are continuing, but witnesses reportedly saw a flare landing in thick vegetation outside Betty's Bay. It is believed the flare was discharged during New Year's Eve celebrations.

So far three homes have been partly or completely destroyed in the blaze, according to media reports. There are also unconfirmed reports of a woman suffering a fatal heart attack reportedly due to smoke inhalation.

The R44 between Gordon's Bay and Kleinmond, which was closed on Thursday morning as fire raged alongside the road, has been reopened.

Homes in the Hangklip area of Pringle Bay and those against the mountain were evacuated in the early hours as a south-easterly gale fuelled the flames.

Scramble to feed and clothe victims of Wupperthal inferno

Holidaymakers in the remote Cederberg district of the Western Cape have rallied together to help victims of a devastating fire that destroyed much of ...
News
3 years ago