Irishman missing after coming to SA for woman he met online 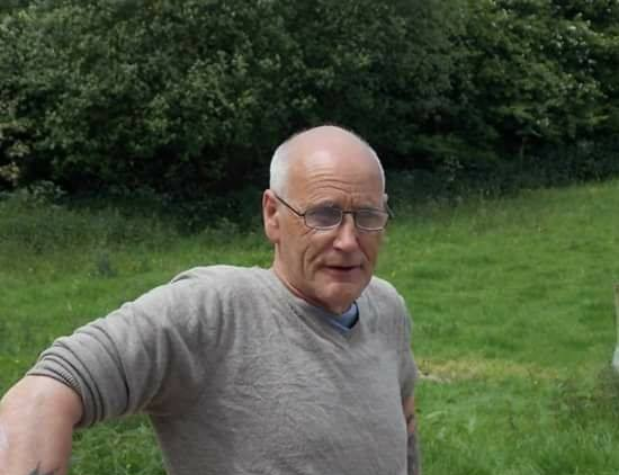 Irish national Stanley Currie has been missing since he left his home, saying he was headed to SA to meet an online friend.
Image: Facebook / Stanley Currie

The family of a 66-year-old Irishman, who is believed to have flown to South Africa last week to meet a woman he had been chatting to online for two years, is worried after not having heard from him since.

Stanley Currie was alleged to have boarded his flight on December 28, but hasn’t been heard from since December 30.

His brother Robert took to social media to post his pictures, pleading for assistance. He claimed that Stanley had bought a one-way ticket to Johannesburg.

“He hadn’t booked any accommodation over there. [He] was carrying a large amount of cash,” said Robert, adding that his brother suffered from depression and a heart condition.

“This person who he was going to meet … no one from the family has any idea who she is and we are obviously concerned that it is a scam,” he added.

The family had since alerted Dublin authorities. In South Africa, the SA Community Crime Watch group was assisting in the search.

“We are still busy with investigations. At this stage, we have a little information, which we cannot put out to the public yet. But we cannot conclusively say whether he arrived in South Africa,” said SACCW spokesperson Steven King.

“The family tried to find out what airline he used but it seems as though he missed his first flight, which had been booked by a neighbour.  Someone else booked a second flight for him,” King said.

The family had reportedly received little assistance from Dublin authorities.

“They have tried to open a case in Dublin but authorities there say he went on holiday willingly. The family is in distress. No case has been opened in South Africa yet,” said King.

When Currie was last seen he was wearing a dark jacket and a “monkey” hat. He has the names Mark, Kelly-Ann and Ann tattooed on his forearms. 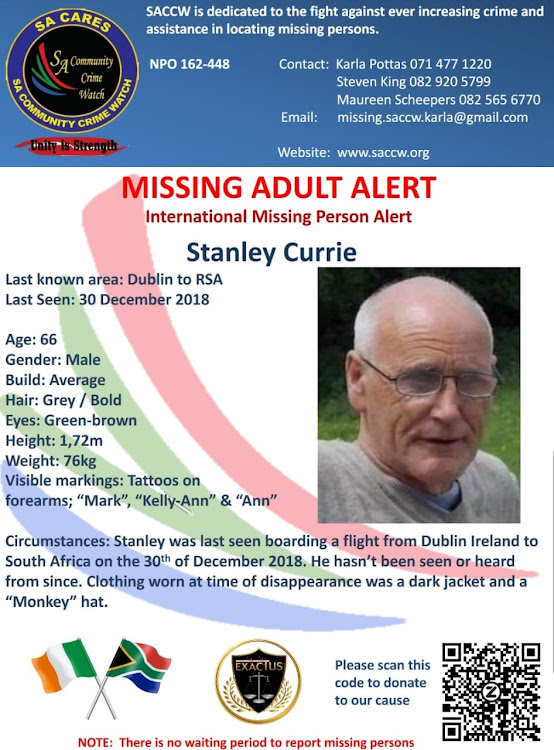 The Hawks have arrested a man and a woman for allegedly defrauding several vulnerable and unsuspecting women through an online dating scam.
News
4 years ago