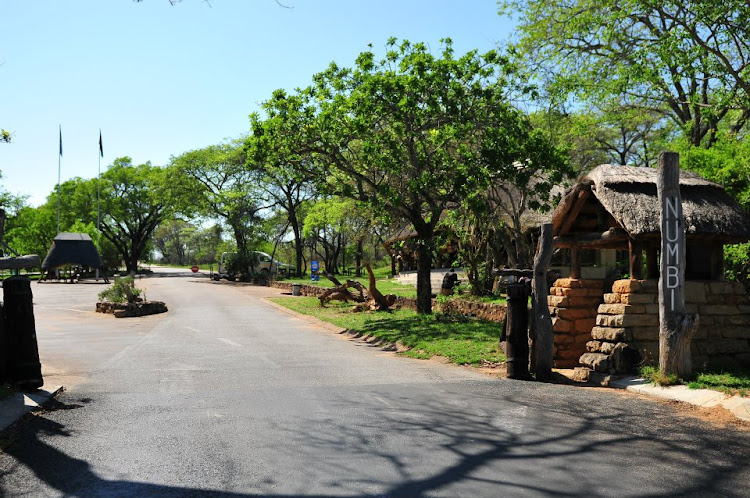 Numbi gate as seen by a visitor to the Kruger National Park on November 1 2011.
Image: 葉中興 via Facebook

A fresh round of protest action by communities around the Kruger National Park on Monday  shut down access to the reserve from the Numbi gate, authorities confirmed.

Numbi gate is closed!
There is rioting outside the gate and glass and burning tyres along the road
Tinged by Arun

Sanparks confirmed the gate was closed for several hours from early Monday to about lunchtime.

ALERT: Vehicles cannot enter or exit Numbi Gate due to a community strike. SAPS are on the scene. Please use an alternative gate.

Sanparks spokesperson Isaac Phaahla said it was believed the protest was aimed at local government and the Nkambeni Safari Camp. Nkambeni is situated just outside Numbi gate.

"From what we have gathered, they (protesters) claimed that the camp (Nkambeni) is not hiring people from the local community. It is basically about unemployment and about service delivery.

"We feature nowhere in those things. I don't know why they inconvenience us."

The Numbi gate has been affected by service-delivery related protests multiple times in the past year, sparking concern from tour operators bringing tourists to the area.

The R538 access to the Numbi gate is regarded as one of the best into the Kruger because its higher altitude gives a sweeping vista over the lowveld to the east and the granite foothills to the north and south, according to the Sanparks website. It is also historic: the first guests at Kruger National Park arrived in 1926 through Numbi Gate.

Somewhere on a lonely border, staring down a poacher or smuggler or thief...

As South Africans prepare for the festive season, the time of the year when we relax and spend time with our loved ones, not everyone will be able to ...
Opinion & Analysis
3 years ago

Most access gates to Kruger reopen after protest action

Guests to the Kruger National Park affected by the earlier service delivery protests can now enter most of the gates that were blocked.
News
4 years ago