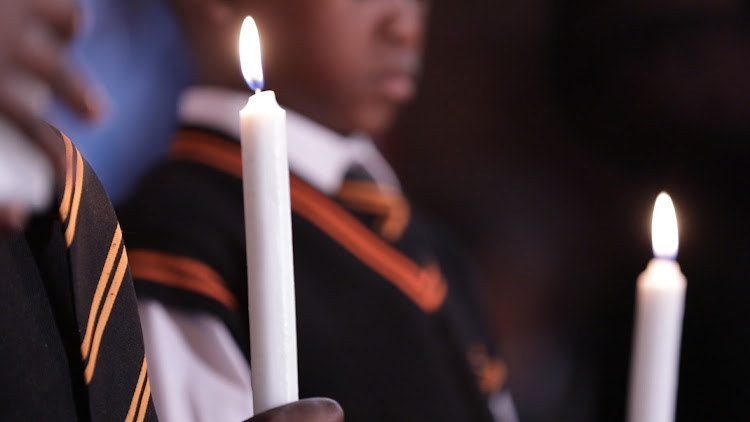 On September 20 2018, a memorial service was held for the four children who died when their Alexandra home caught fire.
Image: Abigail Javier

No matter how many times we see headlines about parents being responsible for the deaths of their own children, there is just no getting used to such stories.

The following are four cases of children who allegedly died at the hands of the people who gave them life.

The family of Zintle Maditla told police about the horrific scene they found at her house in Witbank, Mpumalanga, on December 30.

SAPS spokesperson Brigadier Leonard Hlathi said Maditla asked her family to check on her house a few days after Christmas. "They reportedly went there and were met by a gruesome scene, where the dead bodies of her four children were wrapped in blankets inside the house," said Hlathi.

Maditla appeared in court in connection with the deaths on Monday. The matter was postponed to January 14, when Maditla will be expected to apply for bail.

A woman from Klarinet in Witbank, Mpumalanga, who is accused of murdering her four children, made a brief appearance in the Witbank Regional ...
News
3 years ago

In another recent incident, a father is believed to have started the fire that killed him and his three young children in Ga-Masemola, outside Polokwane, on December 30.

Police were called in after a heated argument between the mother and father. When they arrived at the scene accompanied by emergency services, they found the dead bodies of the suspect and his children, aged between 4 and 6.

A father and his three children died after he allegedly used petrol to set their home alight in Ga-Masemola, outside Polokwane, on Sunday.
News
3 years ago

On January 4, the mother of Baby Daniel (not his real name) was refused bail ahead of her sentencing in the death of the three-year-old.

She was found guilty of abuse and neglect in December. The high court in Johannesburg concluded that she turned a blind eye when her boyfriend assaulted Baby Daniel. Her boyfriend was convicted of child abuse and murder.

The court made the ruling after hearing of the nightmarish injuries that the toddler suffered at the hands of his mother's partner. Baby Daniel was dealt heavy blows to his chest and bruises under his eyes. He was also submerged in a tub of hot water.

The mother of murdered 3-year-old Baby Daniel* has been denied bail pending her sentencing on two counts of child abuse and neglect, with the ...
News
3 years ago

In September 2018, four children died after being trapped inside their home in Alexandra, Johannesburg, during a fire.

Social development spokesperson Mbangwa Xaba said the children couldn't escape the blaze because they were locked inside the room when the fire started.

"They were locked inside the house by their mothers, who went on a whole-night drinking spree. Neighbours tracked them to a shebeen, where they were arrested," said Xaba.

The Gauteng department of social development on Wednesday revealed how four children were trapped inside their Alexandra home when it caught fire at ...
News
3 years ago