'Stop demanding drugs and the empires of the cartels will fall': Hawks 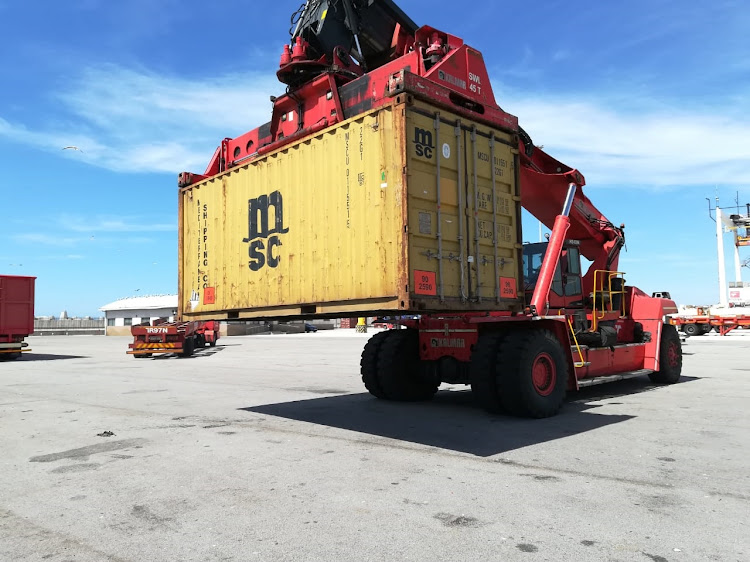 The container in which the cocaine was found at Coega harbour this week.
Image: Hawks

A R700-million consignment of uncut cocaine from Brazil en route to Singapore and India, which was seized by authorities at Coega harbour outside Port Elizabeth, has prompted a call from one of South Africa's top cops for communities to disempower druglords.

“By confiscating this cargo, we have severed the supply chain," Lieutenant-General Godfrey Lebeya, the national head of the Hawks, said of this week's massive bust.

The consignment of 706 cocaine bricks, each weighing 1kg, was found concealed at the bottom of the ship - below more than 3,669 containers.

When the ship docked to offload some of its cargo, a team from multiple law enforcement units pounced.

A drug bust at the Port of Ngqura on the outskirts of Port Elizabeth on Monday afternoon netted over R700m in cocaine.
News
2 years ago

The discovery was made after almost two weeks of tracking the cargo as a result of a tip-off by Interpol.

"Since December 27 2018 the vessel was observed with the assistance of Interpol from both local and abroad," said the Hawks in a statement.

"It had already been established that the vessel was going to dock at Coega harbour and continue to Singapore before going to its final destination in India with the illegal cargo.

Lebeya urged communities to stop empowering drug syndicates. While applauding the bust, he acknowledged: “The war on drugs has neither been lost nor won.

"We are still going to put more efforts in targeting the supply of these dangerous, dependence-producing substances. We will not be allowing these substances to go and ruin the lives of innocent people, who are being turned into drug addicts. 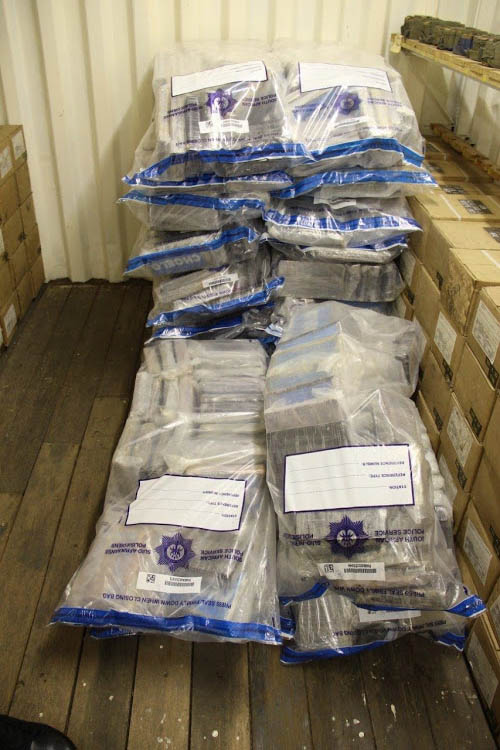 SEALED FOR EVIDENCE: The uncut cocaine is now in safekeeping as a team of investigators work to build the criminal case against an international drug syndicate.
Image: Hawks

“We are making a call to all communities not to do drugs. Do not demand drugs. Do not apply for a criminal record by doing drugs. If you stop demanding drugs, cartels will not be producing or delivering them. The empires of the cartels will fall. Sever the demand chain. The power to stop this is in your hands."

The Herald newspaper in Port Elizabeth reported on Wednesday that this is the latest in a number of busts involving drugs loaded onto ships from Brazil and then sent through South African ports.

In June 2018, two suspects were arrested in Namibia after a container with 412kg of cocaine was seized. It is alleged that the container was dispatched from Brazil via Cape Town and then to its final destination in Walvis Bay.

The latest bust is also similar to one that took place in 2010, when R400m worth of cocaine was found sealed inside the frame of a shipping container. That operation also followed a tip-off from Interpol and saw the container seized at Coega, also known as the Port of Ngqura.

In the 2010 bust, a Cuban was arrested at home in his Hyde Park, Johannesburg. However, charges against him were later withdrawn following numerous delays in the case.

Goods worth R890.6m confiscated by customs in past three months

The value of goods confiscated by customs officials in the past three months totalled R890.6m‚ the South African Revenue Service (Sars) revealed on ...
News
2 years ago

Police seize drugs, illegal cigarettes worth more than R1m in first week of 2019

The South African Police Service (SAPS) hit the ground running in the first week of 2019, confiscating drugs and illegal cigarettes with a street ...
News
2 years ago

Soccer legend Mike Mangena has been arrested following a drug bust on his property.
Sport
2 years ago

Heroin, cocaine, weed or LSD? Survey wants to know how you get high

The Global Drug Survey (GDS) runs the world’s largest drug survey and they want to hear anonymously from users what they think about the drugs they ...
News
2 years ago

New Zealand police and customs officials said on Friday they seized 190 kg of cocaine with a street value of up to NZ$36 million that arrived in ...
News
2 years ago
Next Article