From race rows to Eskom's woes: 5 must-read stories of the week 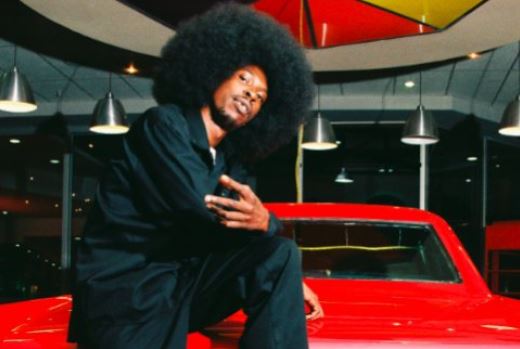 Learners across South Africa had their first day at school on January 9 2019. In the midst of the excitement and nerves, Laerskool Schweizer-Reneke made back-to-school headlines for the wrong reasons.

A teacher from the North West school caused outrage after she took a picture of Grade R pupils in her class, seated separately. White learners were on one side, while black pupils were seated in the back corner of the class. The teacher sent the picture to parents on a WhatsApp group.

After an outcry from the public and political groups, the teacher was immediately suspended.

Social media has reacted strongly after a photograph of black and white pupils apparently 'segregated' went viral.
News
3 years ago

The former government spokesperson announced last week that he would make an announcement on Wednesday about his new political home.  There was much speculation about which party Manyi would be joining.

At a press briefing on Wednesday, Manyi confirmed that he had joined the recently formed African Transformation Movement, simply known as ATM, a faith-based party established by the SA Council of Messianic Churches in Christ. Manyi had been a member of the ANC for decades.

TimesLive reported that Manyi had secured a spot as chief of policy and strategy, and was a member of the national executive committee.

Catherine “Trisha” Modisane died on December 31 2018, according to Sowetan.  She was initially thought to have died of natural causes, but pathologist investigations found this was not so. .

Pitch Black Afro appeared in the Johannesburg Magistrate’s Court on Thursday, charged with premeditated murder and defeating the ends of justice.  The matter has been postponed to January 15.

The star was charged with premeditated murder.
TshisaLIVE
3 years ago

Sy Gourrah, a member of the task team appointed by President Cyril Ramaphosa to help clean up the crisis-ridden Eskom, confirmed her resignation to Business Day on Thursday.

The task team, which was only appointed in mid-December, has now lost two of its eight members, including Brian Dames, who resigned days after his appointment.

Sy Gourrah, general manager of Actom Power Systems, has confirmed that she has resigned from the sustainability task team
Business Times
3 years ago

The opposition party is threatening to take legal action against the ANC for allegedly using its election slogan, “One South Africa For All”.

According to the DA, the party launched the slogan in April 2018 and the ANC has been using it during its 107th birthday celebrations this week.

The Democratic Alliance (DA) has threatened to take legal action against the ruling African National Congress (ANC) for allegedly stealing its ...
Politics
3 years ago