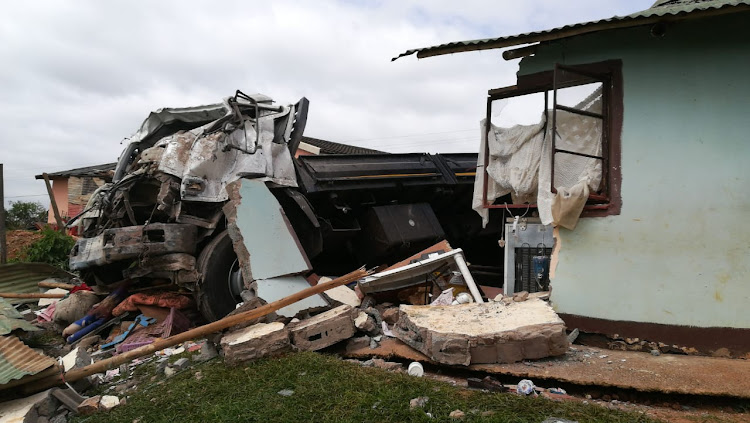 Two women died and two men were injured when a truck crashed through a home in Pietermaritzburg, KwaZulu-Natal, on Friday.
Image: Netcare911

Two women died when a truck crashed through their home in Pietermaritzburg, KwaZulu-Natal, on Friday morning.

Netcare 911 spokesperson Shawn Herbst said emergency services responded to the collision in the Phayiphini area  at 9.28am.

He said it was believed the driver of the truck lost control and crashed.

The women were declared dead on the scene, while two men from the truck sustained minor injuries. They were transported to hospital.

Two people were killed when a bakkie carrying 27 people overturned near Port Shepstone in southern KwaZulu-Natal on Tuesday morning.
News
2 years ago

Bottles and cans of booze became “airborne missiles” when an allegedly drunk driver refused to stop at a roadblock and ended up crashing into a truck.
News
2 years ago

Two people, including a child, were killed and five others injured in a head-on crash between a car and a bakkie in Eloff, Mpumalanga, on Sunday ...
News
2 years ago