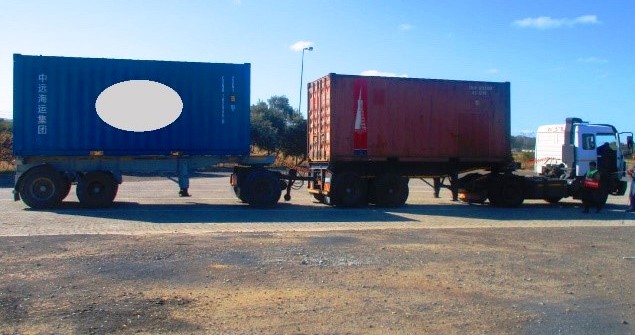 A truck stopped by Cape Town traffic cops at the weekend turned out to be overloaded by at least 25 tons.

A member of the city council road haulage unit sent the suspicious truck from Paarden Island to the nearby N7 weighbridge, mayoral committee member JP Smith said on Tuesday.

From road rage to just sheer bad driving, here are 7 times bad drivers were caught on camera.
Motoring
3 years ago

"When the truck was eventually weighed, it was found to be at least 25 tons over the permissible mass. The incident resulted in the issuing of 11 fines for various transgressions, totalling R42,000."

Smith, whose portfolio is safety and security, said more than 30% of trucks weighed by traffic cops since July 2018 were overloaded, leading to fines exceeding R1m in total.

"Our staff are reporting more of these incidents and we have seen numerous examples  in Cape Town over the years where heavy vehicles have overturned or become stuck, often with tragic consequences for the drivers or other road users who happen to be in the way," he said.

Is it a vehicle or a washing machine? Cops make bizarre find on Joburg taxi

Some Gauteng taxi drivers have found a way around having a licence disc – they are making their own.
News
3 years ago

Two women died after a truck crashed through their home in Pietermaritzburg, KwaZulu-Natal, on Friday morning.
News
3 years ago

Most drivers rate their performance behind the wheel as excellent or better - but road accidents tell a different story.
News
3 years ago