Schools in the news for all the wrong reasons 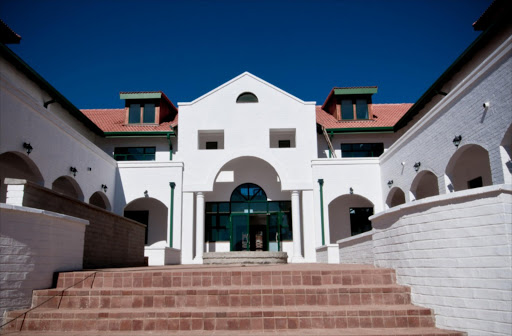 Top Johannesburg girls' school Roedean joined others in the naughty corner when its principal was suspended this week for reasons unknown to the public.

Schools are places of learning and development but in just a few weeks into the new year, these schools have made headlines for all the wrong reasons.

The excitement of first-time schoolgoers and their parents was short-lived at Laerskool Schweizer-Reneke when it dominated news headlines a week ago. This after a teacher posted a picture which showed black and white children seated separately in a classroom.

The picture was widely shared across social media platforms and the school was accused of racism.

On Thursday, teaching and learning was disrupted following protests by political parties outside the school's premises.

The North West education MEC and other politicians will visit a school in the province on Thursday which sparked outrage after allegedly separating ...
News
3 years ago

Timothy Murray, the principal at Roedean, has been suspended with immediate effect while an internal investigation takes place, the school confirmed this week.

Earlier, Murray landed himself and the school in trouble when he announced that life- orientation teacher Tshidi Mogodiri, who was one of the few black teachers at the school, would be leaving.

The decision was soon reversed by Murray.

Why was Roedean’s principal suspended? The truth is starting to emerge

The chairperson of the board at a Johannesburg private school is keeping mum about the reason for the principal’s suspension.
News
3 years ago

Nicole Mnguni was found dead by her mother at their home after she committed suicide. Mnguni's death was attributed to bullying by a teacher at her school, Vorentoe High in Soweto.

In a lengthy letter written by Mnguni months prior the incident, she detailed how she had suffered bullying at the hands of a teacher. Nicole's mother Jessica Mnguni told SowetanLIVE that she had gone to the school to report the matter but nothing came of  it.

In the letter, Mnguni wrote: "I mostly fear going to my maths class, afraid of what my maths teacher will say or do to me to make me hate myself more than I already do. She enjoys embarrassing and humiliating me in front of my classmates."

Mguni's cause of death has not yet been confirmed by postmortem.

Steve Mabona, Gauteng's department of education spokesperson, said an investigation was under way.

A Soweto teenager who took her own life after she was allegedly bullied by her teacher wrote a heartbreaking letter months before her suicide.
News
3 years ago

The release of the class of 2018 matric results was greatly anticipated and expectations were high. While some schools performed excellently, with some getting 100% passes, Mpikaziyekanye Secondary in rural KwaMbono was among the schools shamed by a zero pass rate.

The school has a track record of poor matric results. It was also among those incriminated in a copying scandal in 2014, and is one of the nine schools in KwaZulu-Natal that had a zero pass rate.