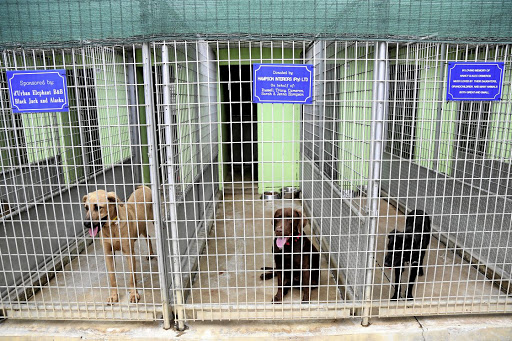 The SPCA wants schoolchildren to be taught to care for animals.

This after a dog died from strangulation after being hung from a washing line in Kagiso, Krugersdorp, last week.

It is alleged that a dog – which was known to be cheeky and always chained - nipped a girl, who was immediately taken to hospital. After the incident, the dog's owner hanged  it from a washing line, killing it.

"There is no excuse for killing a dog, or any animal for that matter. The dog’s owner was in the wrong because he kept the dog in the yard knowing that it was cheeky," said a senior inspector at the Roodepoort SPCA, Mandy Cattanach.

She said a case of animal cruelty had been opened.

Case of the dangling dog not all what it seems, explains driver

The man photographed “dangling” a dog from a moving car in a picture that was widely spread on social media says he was in fact trying to prevent the ...
News
3 years ago

“We are supportive of the call to raise greater awareness on the protection of domestic animals, however, we need to also encourage adults to care for these animals and value them, because most of the time children take from adults' behaviour,” he said.

Cattanach said over 100 cases of animal cruelty were currently on various court rolls, with little or no progress in the matters.

“There’s generally a perception that animals are not that important, which is sad," she said.

Mhlanga said introducing a section on how to take care of animals in the curriculum would not be tackling the problem at its core.

“We need to be realistic and come up with a different approach that will tackle the problem directly,” he said.

The SPCA said it dealt with a number of shocking incidents of animal cruelty on a daily basis.

“One of the inspectors had recently found a dog being severely beaten by a 10-year-old, while another was walking with a broken leg and its ear cropped. It's getting worse…you’d swear that people have gone crazy,” Cattanach said.

She said the justice system was slow in holding perpetrators to account.

“When we are alerted about these incidents, we get information and collect evidence, send the animal to pathologists for tests, open a docket with the police, with a detective investigating the case, and the public prosecutor then decides whether to prosecute or not.

“It can take a year or two to solve a case, and that’s a long time,” she added.

The City of Cape Town says it will "engage" with the police and Western Cape police ombudsman about the conduct of a senior officer who prevented law ...
News
3 years ago

Taking the bull by the horns ... and slaughtering it

A controversial Zulu traditional festival, which included the barehanded killing of a bull, is set to take place this weekend.
News
3 years ago

The dogs are left bloody and torn apart, but the violence is a mirror of the societies the fights occur in
News
3 years ago