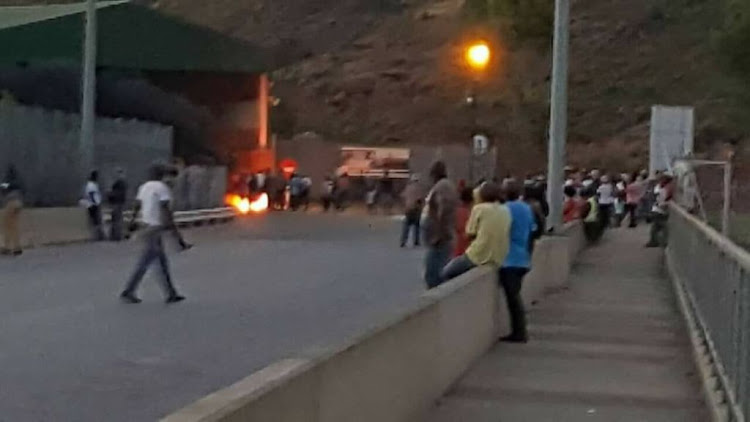 The body of a man was found close to the Maseru Bridge on Wednesday.
Image: Supplied

The police watchdog is investigating the murder of a man whose body was found close to the SA-Lesotho border on Wednesday.

"We are investigating a case of murder. The national police reported there was a shooting but our investigators found that it was not a shooting although the guy was assaulted," Independent Police Investigative Directorate (Ipid) spokesperson Moses Dlamini said on Thursday.

BREAKING: Reports of a male suspect being shot by police at Maseru Bridge. He is suspected to be part of a group that usually assist residents with illegal border crossings into South Africa. @ntateRaps is on his way to the scene and will give an update. #MaseruBridge #sabcnews

Dlamini said a postmortem would be conducted on Friday to determine the cause of death.

Police spokesperson Capt Phumelelo Dhlamini said the body of the man was found close to the Caledon River, which divides SA and Lesotho.

"The deceased was found on the SA side. The allegation is that he was assaulted by the police," he said.

The man was a Lesotho national.

In the wake of the incident on Wednesday evening, emotions ran high as protesters blocked the border post with burning tyres. Dlamini said the post had since been cleared and traffic was flowing.

Criminals in blue: five times police arrested their colleagues in 2018

What better cover can there be for a criminal than a position where people never expect to find one? Here are five instances when police officers had ...
News
2 years ago

The department of home affairs is deploying 425 additional staff members and will  extend operational hours at the country's busiest ports of entry ...
Politics
2 years ago