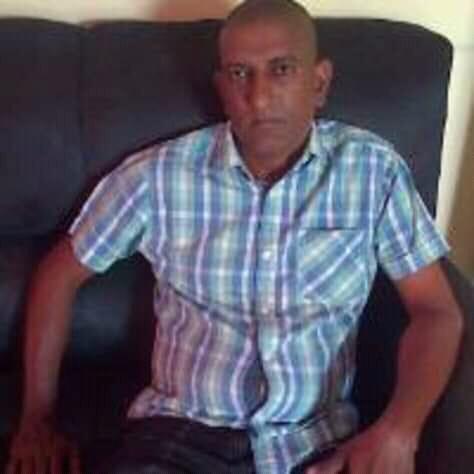 Dharmaseelan Moodley was mauled by two dogs in Phoenix, Durban, and died as a result of his wounds on January 19 2019.
Image: Supplied

A Phoenix, Durban, man who was mauled by dogs as he walked through the neighbourhood of Northcroft nearly two weeks ago, died as a result of his injuries at the weekend.

Dharmaseelan Moodley was walking home after visiting a friend when he was attacked by a pit bull cross and a boerboel on January 10 2019.

His sister, Sarah Naicker, said the dogs had savaged her 49-year-old brother.

"He was very badly injured and his neck was badly damaged … he ended up on a ventilator. He was practically bitten from head to toe," she said.

Moodley, a driver, was taken to the Mahatma Gandhi Memorial Hospital and underwent several surgical procedures.

Naicker said he was eventually transferred to the Nkosi Albert Luthuli Central Hospital for specialist treatment, but succumbed on Saturday.

A woman who was attacked by a dog during a pre-Christmas swim at a City of Cape Town coastal resort is in line for a payout from the council.
News
2 years ago

"The doctors worked around the clock on him, operating on his neck and cleaning his wounds. He really struggled until the end and he passed on Saturday morning," she said.

"We are a very close-knit family and we were at his bedside until the end. He was gentle, quiet and humble, and we are still in shock about how he died. No one expected this to happen," Naicker added.

She said the dog attack had been reported to the police, adding that she was unaware of what had become of the dogs.

The high court has chewed out the owner of three dogs that left a man without his left arm.
News
3 years ago