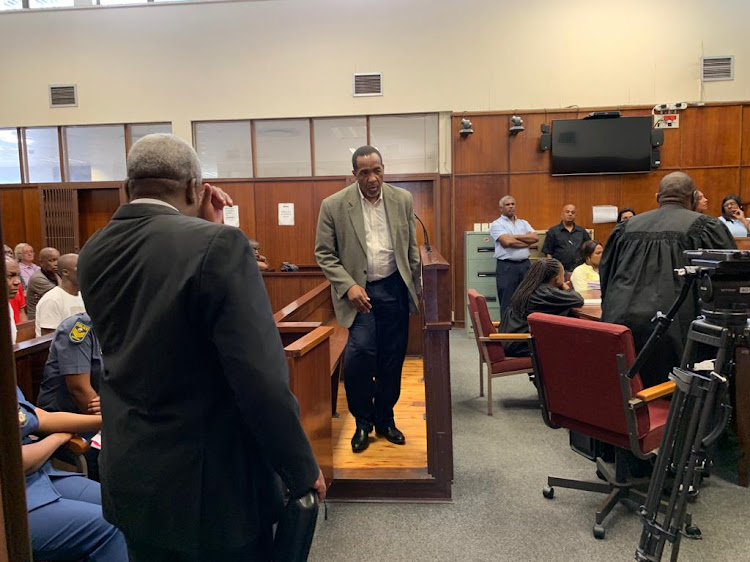 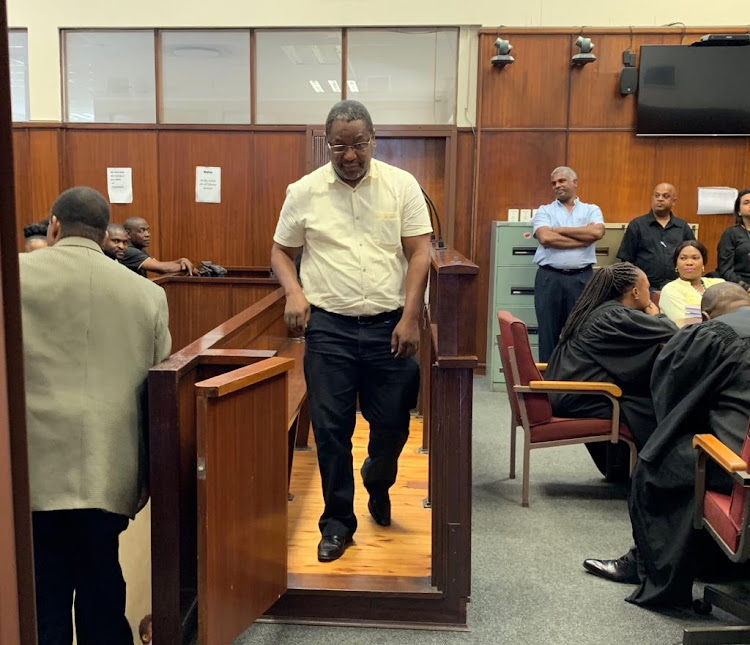 Outgoing general secretary Terence Mpanza and president Richard Mdakane sat confidently in the dock ahead of their brief appearance before magistrate Vanitha Armu.

Mpanza and Mdakane face charges of fraud and are accused of generating false invoices for a skills development project - and allegedly channelling more than R1m to themselves.

A video of their arrest during an official meeting swirled on social media at the weekend.

Two police officers in civilian clothes are seen in a meeting with top officials from Sanco who are arguing with the police on how they failed to follow due process in executing the warrant of arrest against one of their top officials.

The officials are heard telling the cops that they can’t storm into their meeting unannounced and that they also needed to be escorted by local police.

TimesLIVE earlier reported a delegate at the conference, who wished to remain anonymous because of fear of victimisation, said the charges related to the disappearance of funds bound for community projects.

The pair were granted bail of R15,000 each and will appear in court again on March 29.

A meeting of the South African National Civic Organisation’s (Sanco) national executive committee has been delayed, amid claims of corruption ...
News
1 year ago
Next Article