The equality report is out - and we're still poor 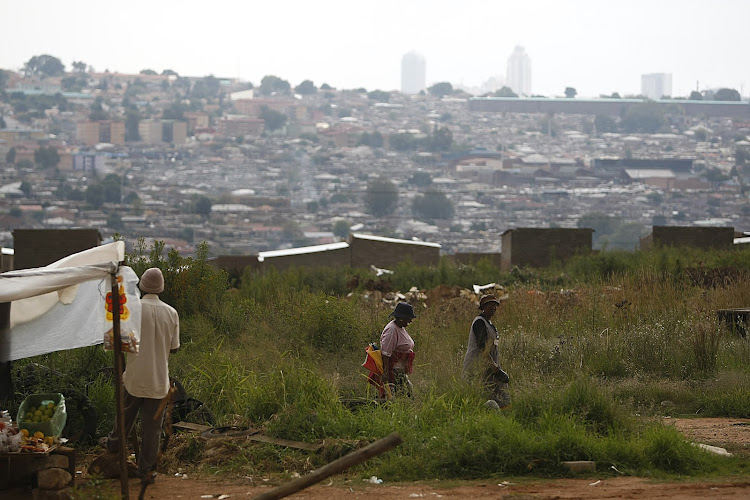 Who has the best view? Sandton skyline seen from Alexandra township. The juxtaposition between the rich and the poor is especially evident in Alexandra, where some of South Africa's poorest live in the shadow of some of the country's richest.
Image: Alon Skuy

The world is still unequal, and the gap between rich and the poor and between men and women is still vast.

Worldwide, the number of billionaires doubled since the 2008 financial crisis.

In 2018 a new world billionaire was created every 2 days.

Last year the super wealthy grew their billions collectively by $2.5bn a day, but billionaires and big corporations are paying lower taxes than they have in decades.

This is according to the latest Oxfam report due to be released on Monday in Johannesburg.

The organisation, founded internationally in 1942, is a nonprofit group of independent charity organisations focusing on the alleviation of global poverty.

According to the report, if the world's richest and big corporations paid their fair share of taxes, the gap between rich and poor and between men and women would be dramatically reduced.

The people who are paying the ultimate price of poverty are women and children who suffer without education and without proper healthcare.

According to last year's World Bank report, SA is the most unequal country in the world.

These findings were mirrored in the Oxfam report which says that 26 people own the same wealth as 3.8 billion people who make up the poorest half of humanity.

While still shocking, this number has improved since last year's report which found that 43 people owned the same collective wealth, suggesting the world is becoming more equal.

But despite a global improvement extreme poverty is increasing in sub-Saharan Africa.

According to the report inequality between rich and poor translates into inequality in education and health. Poor people have far fewer educational opportunities and live much shorter lives.

Most of the world’s richest people are men. Globally, women earn 23% less than men and men own 50% more of the total wealth than women.

In Africa, women account for between 20–30% of the continent's wealth.

According to Oxfam, last year's VAT increase, which rose by 1%, will effect women the most as most poor households are female-headed.

Despite this there have been measures put in place in the country to help alleviate the burden of poverty.

Since 1995 the VAT on kerosene was reduced to protect the poor who rely on it as a source of household fuel, the first 25 litres of water per person per day are free and last year the VAT on sanitary products was removed. 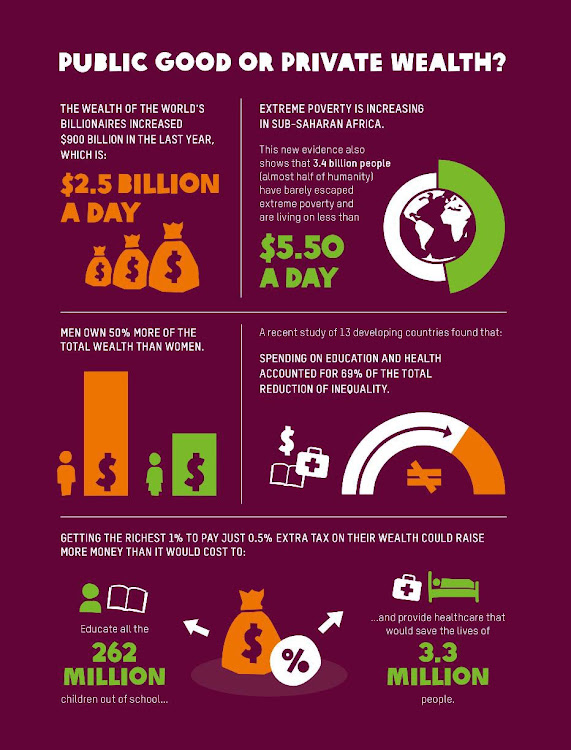 The "Milk Woman of Soweto" struts through the township's streets.
News
3 years ago

Former president FW de Klerk believes South Africa has had a mixed bag of successes and failures but is a better place than it was under apartheid.
News
3 years ago