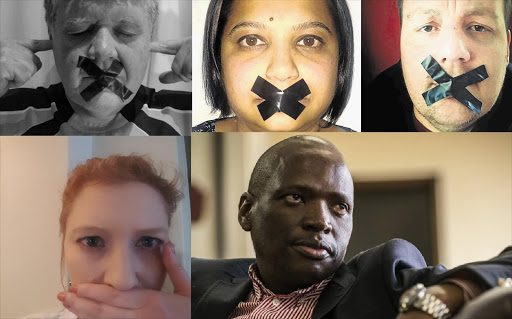 The SA National Editors' Forum (Sanef) says it has found no evidence of a R100,000 donation by Bosasa to a crowdfunding campaign for the SABC 8.

The SABC 8 were journalists who were suspended for speaking out against censorship of protest footage by the broadcaster.

TimesLIVE reported on Tuesday that Bosasa — now known as African Global Operations — appeared to have paid the money towards a crowdfunding campaign to help the journalists in 2016, based on a leaked e-mail in which a senior official instructed other officials to make the payment.

Sanef said in a statement on Wednesday: "We have had the opportunity to go through every one of the 394 donations made in July 2016 to the cause and could not find any donation from Bosasa and/or a person connected to Bosasa, nor a donation for R100,000.

"Only one donation of over R100,000 was made and that was not from Bosasa or a person connected to the company."

'We do not know who the donors were in the crowdfunding': SABC 8 after Bosasa links

The SABC 8 has denied any involvement with Bosasa “collectively or individually”.
News
3 years ago

Sanef reiterated that no donations were solicited from anyone for the campaign and that the SABC journalists were never involved in or had access to the identities of the donors.

"Sanef would like to reiterate that the crowdfunding campaign was started to support the SABC 8 after they were summarily dismissed by the SABC for standing up for journalistic principles and truth," said the statement.

The editors' forum has asked TimesLIVE for proof of the alleged payment.

TimesLIVE had sight of a leaked e-mail in which the "donation" plan was described as "the best return on investment ever".

Two sources close to Bosasa said that the company had paid the money but TimesLIVE was unable to independently verify if this was indeed the case.

Sources claimed that a contribution was made after then chief operating officer Angelo Agrizzi put "everyone under pressure" to make a "strategic" donation to the cause.