New applicants to be served in Cape Town again 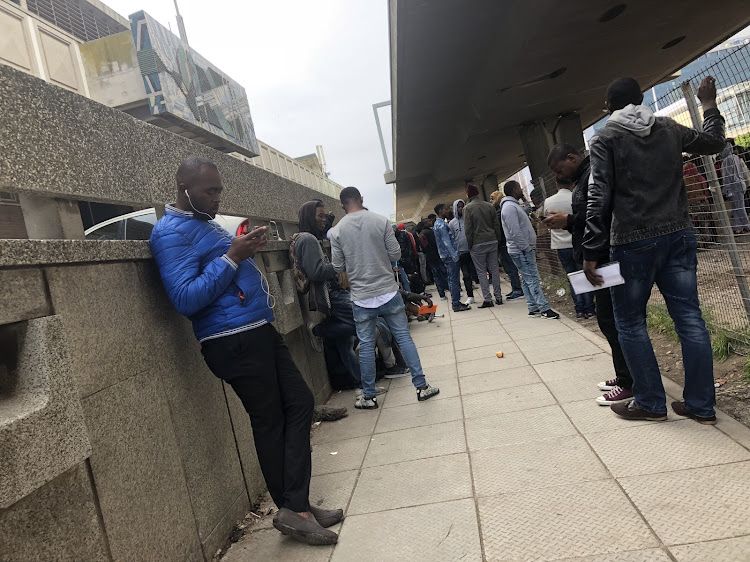 Queues at the Department of Home Affairs on the Foreshore. A new refugee office is to be opened in Maitland.
Image: Tariro Washinyira

The Department of Home Affairs intends to open the new Cape Town Refugee Reception Office in June 2019 on new premises in Maitland.

In a progress report to the Legal Resources Centre (LRC), Home Affairs said vacant land in Maitland had been identified by the Department of Public Works and the proposed date of occupation of the office was 1 June 2019.

In a judgment on 30 August 2012, the Western Cape High Court ordered Cape Town Home Affairs to start serving new applicants again. The judge said the cost to Home Affairs of assisting newcomers was negligible compared to the harm done to them.

He said that delaying implementation of the court order would cause grievous harm to asylum seekers. While undocumented, they would be subject to arrest and deportation.

But the office was not re-opened. The LRC took Home Affairs to court on behalf of the Scalabrini Centre and the Somali Association, and in September 2017 the Supreme Court of Appeal ruled that Home Affairs must “reopen and maintain a fully functional refugee reception office in or around the Cape Town Metropolitan Municipality, by Friday 31 March 2018.” Home Affairs sought leave to appeal from the Constitutional Court but this was refused. This means the SCA ruling is final.

Asked to confirm the opening of the new office in Maitland, a Home Affairs spokesperson referred GroundUp to the Department of Public Works. Contacted on 21 January, Public Works spokesperson Lunga Mahlangu promised to respond but had not done so at the time of publication.