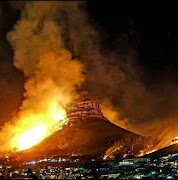 But on Sunday evening when raging flames on Signal Hill loomed close to his flat in Freysnaye, "I can’t breathe" became the most important English phrase he has learned so far.

Hosadam, 23, was one of several residents who evacuated their homes when flames threatened properties on the Atlantic seaboard.

"I was sleeping the whole afternoon and then I saw the fire around 5pm," said Hosadam.

"At first I thought it was raining because it was foggy outside. And then I realised that it was hell because it was smelling so bad and I struggled to breathe. The smoke was so bad, I threw up a couple of times. The smoke filled my flat and I packed a few things and left with my friends."

Hosadam said his friends took him to the northern suburbs and "I could still see the fire from there. I came back after I heard on the radio that the properties were safe and there were a number of firefighters and helicopters preventing the fire from coming to the properties."

But he said he was still worried about his safety in the suburb because "in the news they said there is still a risk of fire because it is very hot and some parts are windy".

Cape Town councillor JP Smith, responsible for safety, said 80% of the fire had been doused and the wind had dropped. Smith said none of the firemen had been injured.

"There was an injury from a man who appears to have slept on the mountain - we can’t say that with 100% certainty - but he has 45% burns," said Smith.

"It is alleged that the fire was started by a vagrant but we did see fire starting in close proximity, very quickly. There is a possibility that it was purposeful. Two helicopters are busy water bombing at the moment. There is still some fire left on the Glen side of Lion’s Head." 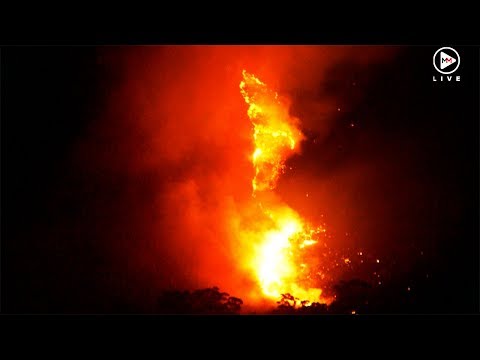