By Naledi Shange and Nomahlubi Jordaan 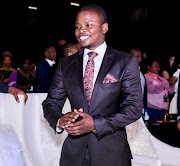 Prophet Shepherd Bushiri, who heads the Enlightened Christian Gathering Church, was on Monday expected to shed light on how three women were killed in a stampede at his church.

The CRL Rights Commission has called a hearing into the incident. It will involve the church, the SA National Civic Organisation (Sanco) and officials from the cities of Tshwane and Johannesburg.

The incident happened in December 2018.

“He’s not going anywhere... If he dies, we die.” These were the words of his supporters, who gathered ahead of his appearance.

“We will die for you Prophet” and “We love you Major 1” read some of the placards carried by supporters.

“Major 1 is not going anywhere. He is staying here in South Africa. No one can handle the sickness and disease that this country faces like him,” said a supporter who did not want to be named.

She said Bushiri was God-sent and was in the country to heal everyone.

“Major 1 is not going anywhere. He is here to stay. We are standing by him. If he dies, we die,” said Rodney Williams.

Bushiri started off his statement by denying claims that his church removed the bodies of the three congregants who died.

"The church only came to know through the media that there was a case of bodies being moved from the church without the police and taken to the private mortuary," Bushiri told the commission.

"We further learnt that the South African Police Service (Saps) had, based on that, opened a case of defeating the ends of justice against the church.

"It must be underlined here that the church left the management of the accident in the hands of the paramedics on the scene. From their report, there were only injuries at the scene of the incident — not deaths. The three died at the clinic as they were receiving treatment."

Bushiri said the the stampede happened at an overflow hall. "It's the people coming into that hall that caused the stampede, not people trying to get out," he added.

The talks, set down for two days, are being held under the direction of the CRL (Cultural, Religious and Linguistic Communities) Rights Commission in Braamfontein, Johannesburg.

The CRL said the incident was followed by a number of claims, accusations, marches, demonstrations and calls by Sanco for the church to be shut down.

“In an effort to help resolve this matter, the CRL Rights Commission called a mediation meeting on January 10 2019 between the Enlightened Christian Gathering Church and the South African National Civic Association,” the CRL said.

During those deliberations, it was decided that all hostility towards the church would cease. The commission said it would pursue negotiations with the church for possible support for the bereaved families and reiterated its call for the “full enforcement of the bylaws in the country”.

However, the CRL said there were some issues that still needed to be discussed.

“In its commitment to monitor the situation, the commission has continued to listen to all the parties, but unfortunately there have been several discrepancies in the information provided,” the commission said in a statement.

“In order to get to the bottom of these issues and to address the discrepancies that continue to prevail, the CRL Rights Commission has decided to call for the hearings in line with Section 7 (2) of the Commission for the Promotion and Protection of the Rights of the Cultural, Religious and Linguistic Communities Act, 19 of 2002. For that reason, it has issued a notice to the organisations and their leaders to appear before its Section Seven Committee,” it added.