One person murdered every week on a farm in SA: AfriForum 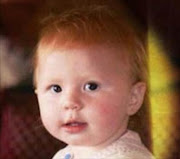 Image: File image The death of Wilmien Potgieter at the hands of farm attackers when she was just two years old has not been forgotten by SA's rural community.

Two-year-old Wilmien Potgieter was hacked with a panga and shot dead when her parents, Attie and Wilma Potgieter, were murdered on their Lindley farm in December 2010. Now her name will live on through a fund created to help the children of farm attack victims.

The Wilmien Potgieter Fund will be launched on February 1 2019.

"The aim of this fund is to financially support those children whose lives have been affected by farm attacks," AfriForum announced on Tuesday at a Centurion news conference.

During 2018, one person was killed every week on South African farms, the organisation said.

Presenting a report on the extent of crime on rural land, as well as efforts to combat attacks, AfriForum noted that last year, there was a decrease in farm murders, but a sharp increase in farm attacks.

An analysis by AfriForum’s community safety division found that about 432 farm attacks and 54 farm murders took place in 2018. This was compared to 342 farm attacks recorded by the organisation and 72 deaths in 2017*.

"The farming community is fighting back and subsequently there is a decrease in murders. More victims are shooting back, more are being trained and more are defending themselves," Ian Cameron, AfriForum’s head of community safety, said in a statement.

Ernst Roets, deputy CEO of AfriForum, said the organisation would in the coming year intensify its campaign against farm murders.

Its action plan for 2019 includes "strengthening the existing safety structures by making them more effective, and accomplishing bigger co-operation between safety structures". A tour of America is also planned.

Mariandra Heunis, whose husband was murdered in 2016 in front of her and one of her children, will accompany AfriForum on tour to broadly represent the victims of farm attacks in South Africa.

*According to official data presented to parliament in September 2018, police recorded  62 farm murders in the 2017-2018 financial year.