'I can't forgive them, my child is in the ground': mother of Coligny teen 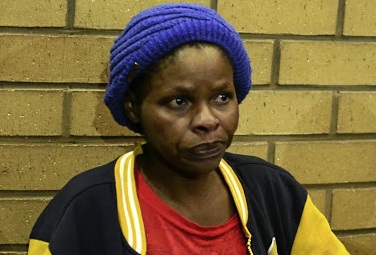 The mother of Coligny teenager Matlhomola Moshoeu on Wednesday rejected as too little, too late any expressions of regret by the two men convicted of murdering her child.

Agnes Moshoeu was testifying for the second day during sentencing proceedings of Pieter Doorewaard and Phillip Schutte.

Earlier, Moshoeu told the court that the pair had never contacted the family to express  remorse over her son's death in 2017. But during cross-examination, she conceded they had asked for forgiveness.

Defence advocate Cecile Zwiegelaar, acting for Doorewaard, argued that at the time the men were arrested, the identity of the child was not known.

"The identities of the next of kin, and particular those of the parents, were also not known at that stage.

"After the arrest of the accused, they were detained in custody," Zwiegelaar said.

She said after the accused were released on bail, they were advised by legal representatives to refrain from having any contact with witnesses in the case.

Pieter Doorewaard and Phillip Schutte, the two farm workers convicted of the murder of a Coligny teenager, never expressed remorse to his family, the ...
News
2 years ago

According to Zwiegelaar, the men wrote to the National Prosecuting Authority (NPA) to ask for permission to allow them to approach the Moshoeu family and express their condolences.

Moshoeu responded: "They can regret it as much as they want to, but where is my child?"

Zwiegelaar said the accused and their partners wanted to support the family and offer their assistance.

Moshoeu replied: "I do not agree with that, because my child is in the ground."

It is too late for forgiveness. My child has been underground for too long

"I'm not feeling well, I want to ask you, counsel, if it was your child, how would you feel? ... I cannot forgive them, because I don't have my child."

Zwiegelaar said that after the tea adjournment on Tuesday, the legal teams of both men repeated the request for a consultation with the parents.

The request was to enable the convicted men, their mothers and other family members to express their regret for her loss.

The Moshoeu family declined the request to meet with the two men and their families.

"It is too late, it is too late for them. They didn't even come to me the day after the incident. My child has been underground for too long," she said.

Zwiegelaar said the two men and their families were still willing to convey their condolences and offer their support to the Moshoeu family.

"I don't have my child. If my child was still alive, it could have been much better. Seeing him here would have been better, but he is not here anymore.

"My only request is just for the state to perform its duties," Moshoeu said.

The hearing continues on Thursday.

An emotional mother of the Coligny teen who died in the farming town last year, broke down in tears while testifying on Tuesday afternoon.
News
2 years ago

Racial division, mistrust and heartache: this is how the murder of 16-year-old Matlhomola Moshoeu has affected the farming town of Coligny.
News
2 years ago

Former Coligny mayor and local spiritual leader David Celo testified that the two farm workers convicted of the 2017 murder of a teenager deserved ...
News
2 years ago