More arrests as police crack down on school burglaries 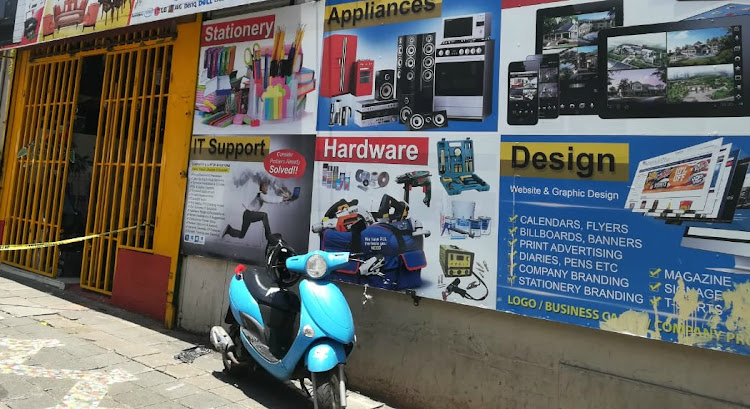 The shop where some of the goods stolen from Menzi Primary School were recovered two weeks ago. In the latest bust, police found four smart boards at a second-hand goods shop in the Johannesburg CBD.
Image: Supplied / Gauteng education department

Gauteng police have recovered more of the goods that were stolen in a spate of burglaries at several of the province's high-tech schools.

In the latest bust, police found four smart boards at a second-hand shop in the Johannesburg CBD, Capt Kay Makhubele said on Wednesday.

These boards, Makhubele said, were believed to have been stolen during robberies at schools in Alexandra and Diepkloof.

Three suspects were arrested and will appear in the magistrate’s court in Johannesburg on charges of possession of suspected stolen goods and business robbery.

Makhubele said that in October 2018, equipment was stolen at a school in Lenasia. The thieves tied up the school's night guards before making off with the equipment.

Two people were arrested at the weekend in connection with a burglary at a school in Soshanguve, near Pretoria.
News
3 years ago

In January 2019, just days after the new Menzi Primary School opened, robbers attacked the guards at the school and again made off with equipment.

"Since the business robbery at Menzi Primary School in Tsakane, a team of detectives from Ekurhuleni east cluster and the trio task team have been working tirelessly to ensure that the perpetrators are arrested and goods recovered," said Makhubele.

The shop where the group was busted is on the corner of Mooi and Helen Joseph streets and traded in stationery and electronic equipment.

In total, seven people have been arrested in connection with the school burglaries, Makhubele said.

"The suspects arrested recently will join the other four suspects that have already appeared in court," he added.

'We are under siege by criminals', says Lesufi as criminals strike Gauteng education department

The Gauteng education department is outraged at another break-in at its premises, with thieves escaping with computer equipment.
News
3 years ago

Some of the equipment stolen from a new multi-million rand school in Tsakane, Ekurhuleni, has been recovered, the Gauteng education department said ...
News
3 years ago