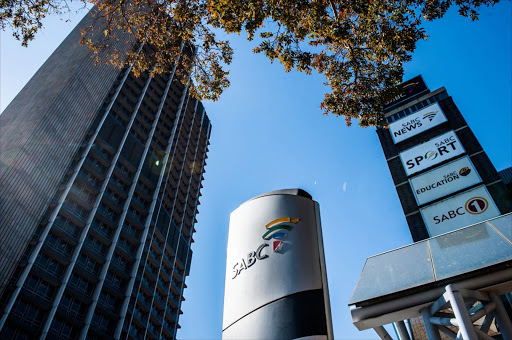 The SABC said Thursday it had decided not to renew its notice to retrench more than 2,000 permanent staff and freelancers.

But the broadcaster, which remains in a financial bind, says it will soon embark on a comprehensive skills audit that will provide it with a "fit-for-purpose structure".

Thursday's announcement follows a previous suspension of the process.

The broadcaster has not been able to pay all its creditors and warned in November that it will not be able to pay salaries by February unless a R3bn guarantee is secured from the government.

"The SABC announced that today, January 31 2019, marks the expiry of the notice of the consultation process between the SABC and organised labour, as prescribed in terms of section 189 of the Labour Relations Act (LRA)," SABC spokesperson Neo Momodu said.

"In the interest of the SABC, its employees, key stakeholders and the SA public at large, the SABC has decided not to renew the notice to invoke the section."

A technical glitch on the part of a financial institution?
News
3 years ago

She said this followed engagements with various stakeholders, including the parliamentary portfolio committee on communications, organised labour and the broadcaster's employees.

Momodu said all stakeholders acknowledged the need to review the increase in costs, including the compensation bill, hence the need to conduct a thorough skills audit.

"The outcome will provide the SABC with a fit-for-purpose structure, with clearly defined span of control, appropriate layers of management and appropriate skills and competencies for roles. This will ensure that the SABC meets its strategic objective of operating optimally and competitively in a digitised environment," she said.

The SABC sunk into a deeper crisis in late 2018 following the resignation of four directors, which left the broadcaster's board without the quorum required to make decisions.

Their resignations came in the wake of a scathing letter by communications minister Stella Ndabeni-Abrahams to the board in which she accused the nonexecutive directors of not acting in the best interest of the public broadcaster as they pressed on with retrenchments.

The Competition Commission has ordered the SABC, Primedia and Ster-Kinekor to pay millions of rands in penalties after they admitted to cartel ...
Business Times
3 years ago

In 2018, executives said the SABC had uncovered a number of irregular promotions and salary increases by the previous management, which resulted in the inflation of the salary bill.

The broadcaster was overstaffed yet the wage bill was further inflated when freelancers were hired to do jobs that could be done by permanent employees.

In September 2018, the SABC, which recorded a loss of R622m in the financial year to end-March, was granted borrowing powers and a borrowing limit of up to R1.2bn by the Treasury, in line with the Public Finance Management Act.

The SABC spends more than R3bn a year on the salaries of 3,000 permanent employees. It expects a net loss of R805m in the 2018-2019 financial year, should cost-cutting measures not be implemented.

The South African National Editors Forum (Sanef) says it has found no evidence of a R100,000 donation by Bosasa to a crowdfunding campaign for the ...
News
3 years ago

A preliminary Special Investigating Unit (SIU) probe has found that a R185m SABC security tender was irregularly awarded by its interim board and ...
News
3 years ago