At least three pupils killed as walkway collapses in Vaal 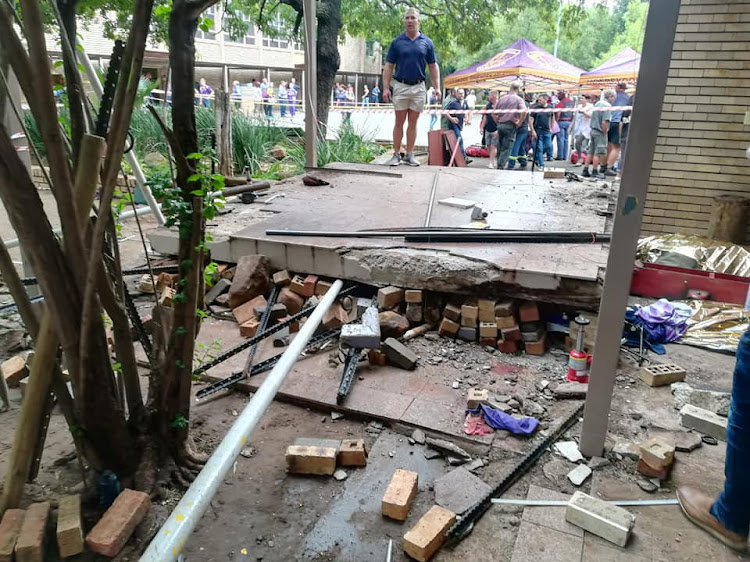 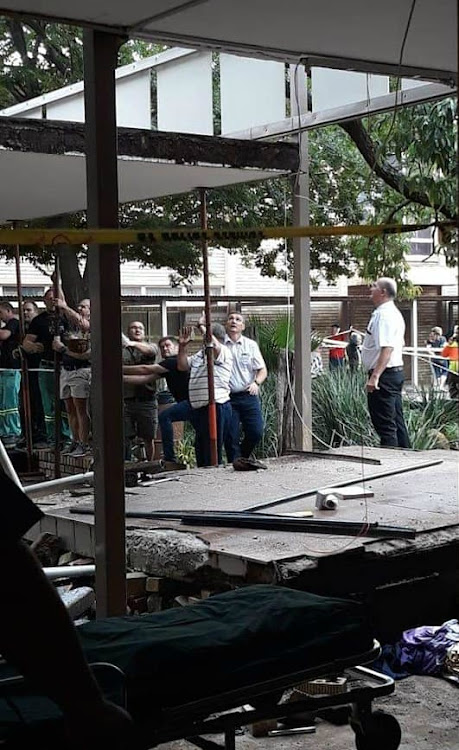 Three pupils at a Vanderbijlpark school were killed on Friday when a walkway fell on them.

Paramedic service ER24 confirmed three children were killed and said that approximately 15 others were injured in the structural collapse at the school in Vanderbijlpark.

Four children have been airlifted to hospital.

Netcare 911 said five people are in a critical condition.

Emergency service teams were treating other patients with multiple other injuries ranging from minor to moderate, said Netcare.

At 11am, community members had gathered at the school in a prayer circle.

Gauteng education MEC Panyaza Lesufi revealed on Friday that two male schoolchildren and one female schoolchild died when a structure collapsed at ...
News
2 years ago

Russel Meiring from ER24 elaborated to say that when paramedics arrived, they found that "a walkway connecting two buildings had collapsed, trapping several patients".

"Once completed, paramedics assessed the patients and found that three children, aged between 14 and 17, had sustained numerous fatal injuries. Nothing could be done for them and they were declared dead."

Meiring said approximately 15 other patients were assessed, their injuries ranging from minor to critical. The children were treated for their injuries on the scene.

"Once treated, four children were airlifted to hospital by a private medical helicopter. The remaining patients were transported by ambulance to various facilities in the area." 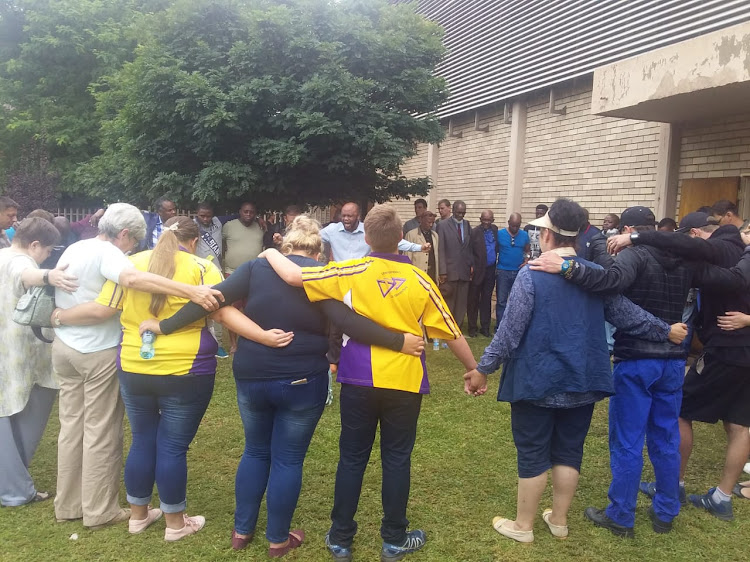 Speaking earlier on Friday, Mabona, who did not have further details at the time, said the MEC of Education in the province, Panyaza Lesufi, was on his way to the school to establish what had happened.

“The MEC is going there now,” he said.

Tragedy: Moments ago a walkway collapsed at Höerskool Driehoek, Sedibeng Region. Sadly 💔 three (3) learners died on the scene and scores are still trapped in the rubble. I am on my way to the scene. #HöerskoolDriehook

“We are at the scene of the accident, we are not able to provide more information at the moment,” she said.

This is a developing story – it will be updated as more details emerge.

Gauteng Bridge collapse update: Latest report from scene, 5 ppl in a critical condition, 3 ppl have been airlifted, multiple other injuries ranging from minor to moderate, update to follow. pic.twitter.com/uQiWIC0TaZ

[UPDATE] - Three children have been killed and approximately 15 others injured in the structural collapse at the school in Vanderbijlpark. Two children have been airlifted to hospital. @eNCA @ewnupdates @jour_maine @SABCNewsOnline @JacaNews @News24_SA

I can't imagine as a parent knowing that the last time you saw your child was going to school, just to find out they died in school💔💔 #HoerskoolDriehoek

This is truly heartbreaking. Dream have been shattered, may their souls rest in peace #HoerskoolDriehoek pic.twitter.com/whRuyLM1Pa