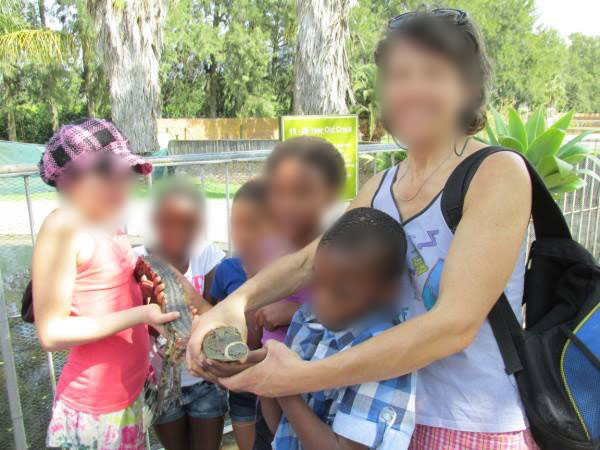 The woman charged with child abuse posted this photograph on Facebook of herself with children when they visited a crocodile farm.
Image: Facebook

The woman charged with chaining up a teenager for three days and beating her daughter as punishment for creating "lust-inducing" Facebook pages is allegedly running a childcare business.

Western Cape social development MEC Albert Fritz told TimesLIVE on Friday that the 11 children in the Worcester woman’s care were not fostered.

"They were placed with her through private arrangements," he said in a written response to TimesLIVE questions.

It is understood that residents brought their children to the woman and asked her to take care of them in return for payment.

A Worcester mother found herself in the dock on two counts of child abuse on Thursday after she “disciplined” two teenage girls for creating ...
News
2 years ago

The 52-year-old woman appeared in Worcester Magistrate’s Court on Thursday on two charges of child abuse.

She is alleged to have punished one of the 11 children under her care — a 16-year-old girl — as well as her 15-year-old biological daughter, for creating Facebook pages under fake names in an attempt to attract boys.

The 16-year-old was allegedly chained up for three days, and the 15-year-old is said to have suffered daily "hidings" over the "lust-inducing" Facebook pages.

Under the Children’s Act, only six children can be placed with a foster parent, unless all the children are siblings or relatives, or a court rules that it is in the best interests of the children to be placed in greater numbers. 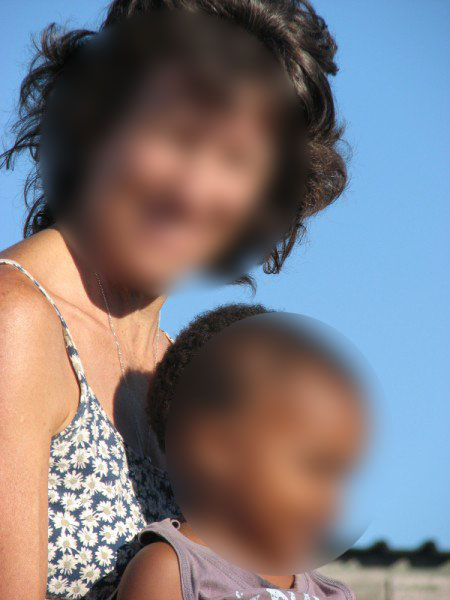 A photo posted by the Worcester woman charged with child abuse.
Image: Facebook

Additionally, "more than six children may be placed in foster care in terms of a registered cluster foster care scheme", said Fritz.

Foster parents receive a monthly allowance of R980 a child and have to be cleared in terms of the child protection register and criminal records. They are screened and have to undergo training.

Three social workers and a supervisor were sent to the woman’s farm on Saturday January 26 after police raised the alarm about 12 children who "needed assistance", Fritz said. They took the youngsters, who are between two and 16 years old, to a place of safety.

Two days later, the woman — who cannot be named — said on Facebook that the two girls’ pages had attracted "5,000 mostly boys friends they mostly don't know from around the world (sic)".

She said she was shocked to discover the profiles and see that a "school secretary, a father and a cousin" were among those listed as the teenagers' friends.

She accused the 16-year-old of "running dangerously ... after a disrespectful boy" and claimed all the children had been influenced by the two girls' "rebellious streaks".

Courts convict 1,357 abusers of women and children over six months in 2018

A total of 1,357 people accused of committing crimes against women and children were convicted between July 1 and December 31 2018, the police said ...
News
2 years ago

Two or more minor boys, including a five-year-old grade R pupil, were allegedly raped at an initiation school in Alice i n the Eastern Cape by two ...
News
3 years ago

'My child must have been in agony': mom wants to know how disabled son was burnt at school

A Durban mother has had sleepless nights since discovering explainable second-degree burns on her 11-year-old mentally disabled's son's thighs.
News
3 years ago

Young mother accused of abusing her two year old, to apply for bail
News
3 years ago