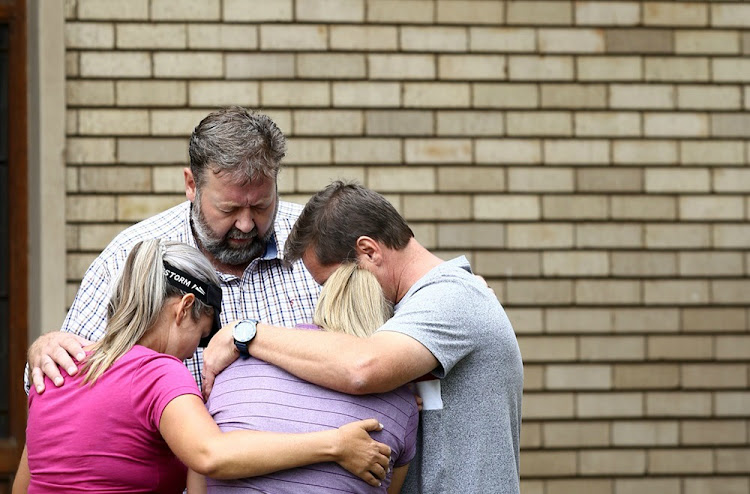 The South African Human Rights Commission (SAHRC) says it will hold government accountable after a walk way collapsed at Hoërskool Driehoek School in Vanderbijlpark on Friday.

Three pupils have been confirmed dead, and 23 injured. There were reports on Friday that another pupil died on the way to hospital, but this had not been confirmed.

“We are obviously going to demand answers from the municipality because they are supposed to ensure that schools in the area adhere to bylaws, in terms of buildings, regulations and design.

“We will also engage with the Gauteng department of education, as they have the constitutional duty to protect the rights of learners and to maintain school infrastructure,” said SAHRC’s Gauteng provincial manager, Buang Jones.

Questions posed about safety of walkway at Hoërskool Driehoek

The collapse of the interleading walkway at the Hoërskool Driehoek, which killed three pupils on Friday, is prompting questions about whether the ...
News
2 years ago

Jones made the remarks after the commission conducted an inspection at the school premises.

Gauteng education MEC Panyaza Lesufi revealed on Friday that two boys and a girl died when the structure collapsed.

“It’s indeed a sad day for us,” said Lesufi, who rushed to the school first alert about the incident came in at 8.10am.

“We will be demanding, accountability as the Constitution requires us to hold government accountable and of course to see to it that the best interest of children are protected,” he added.

A cleaner who spoke on condition of anonymity, said, "I was coming from the staff room and the pupils were making noise like every other day after assembly … immediately when I left the admin block, I heard a loud weird banging sound and screams … I quickly went out to check and realised that the bridge had fallen."

Police spokesperson Capt Kay Makhubele said an inquest docket had been opened. Nine of the 23 learners were critically injured, she added.

"So far we will be waiting for the report from engineers as to what was the cause of the collapse. We believe that will assist us in our investigation."

The school has been shut down until further notice. Hoërskool Driehoek is 45-years-old and has 1,060 pupils.

The commission has also urged the Gauteng department of education to conduct a holistic assessment on the safety of schools in the province.

Jones said the incident came after a court judgement which was made against the department of education in the Eastern Cape in 2018 involving around the norms and standards on school infrastructure.

Following the incident, the commission said it would dispatch letters to all the relevant role players, including labour inspectors who were at the scene, to assist with investigation.

“We will also work with other role players to conduct a human rights audit of school infrastructure in Gauteng,” he said.

The everyday chatter of pupils was overtaken by screams of terror when a walkway connecting the admin block to classes collapsed on Friday, says a ...
News
2 years ago

Jones did not comment on the quality of the walk way, but indicated the possible human rights violations.

”It would be premature to make pronouncements, but on the face of it there are human rights violation. We were informed that the school will close temporarily and we welcome that decision because the safety of learners should be prioritised,” he said.

Gauteng education spokesperson Steve Mabona earlier rubbished allegations that the department has always been aware of the poor state of the structure.

“That is not true. The department never received any complaints or concerns on the deteriorating state of the school building,” Mabona told TimesLIVE.