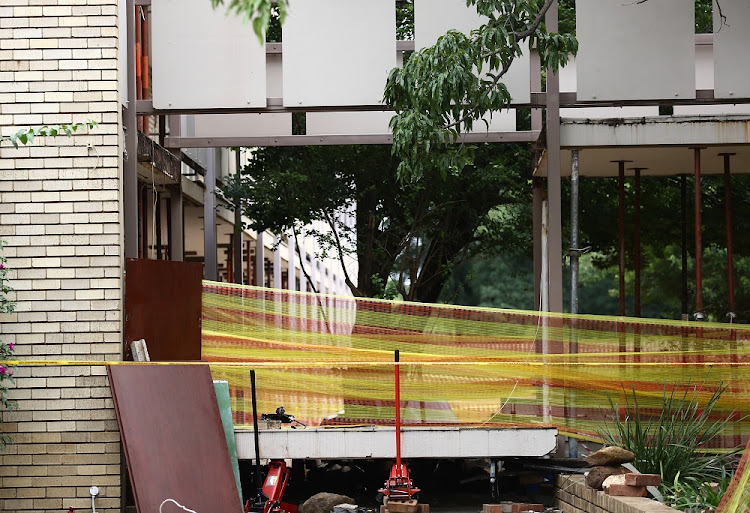 A fourth pupil has died following the walkway collapse at Hoërskool Driehoek in Vanderbijlpark on February 1 2019.
Image: Masi Losi

A fourth Hoërskool Driehoek pupil has died following this week's tragic walkway collapse at the school, the department of education said on Sunday.

"His condition was worrisome, as he went in and out of theatre on several occasions. Unfortunately, he succumbed to [his] serious injuries," Mabona said.

The department said it would visit his family on Sunday morning. The school remained closed until further notice.

The other deceased pupils have been identified as Marli Curry, Jandre Steyn and Rayden Olckers.

About 20 pupils received medical attention for multiple injuries they sustained in the disaster.

Gauteng education MEC Panyaza Lesufi has reportedly instructed an independent team of structural engineers to find what caused the walkway to collapse.

Questions posed about safety of walkway at Hoërskool Driehoek

The collapse of the interleading walkway at the Hoërskool Driehoek, which killed three pupils on Friday, is prompting questions about whether the ...
News
2 years ago

The mood was sombre at Hoerskool Driehoek in Vanderbijlpark as friends, family and community members flocked to the school lapa on Saturday to hear ...
News
2 years ago