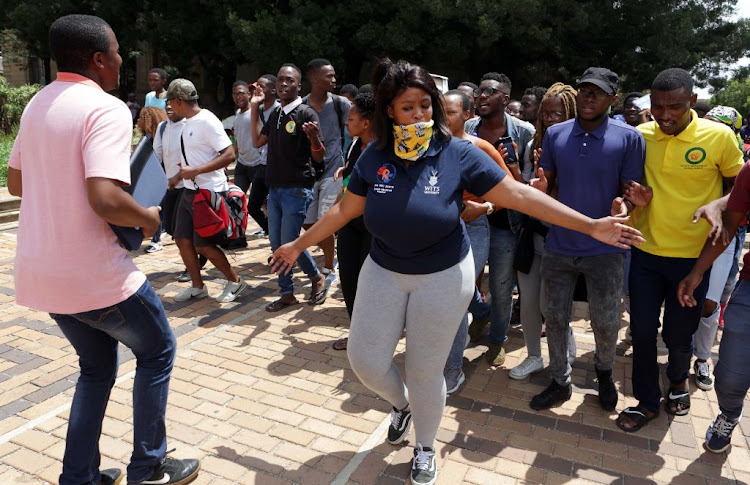 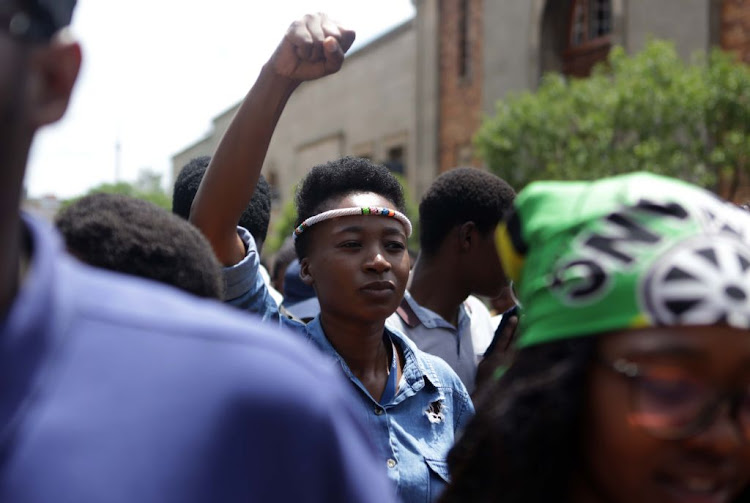 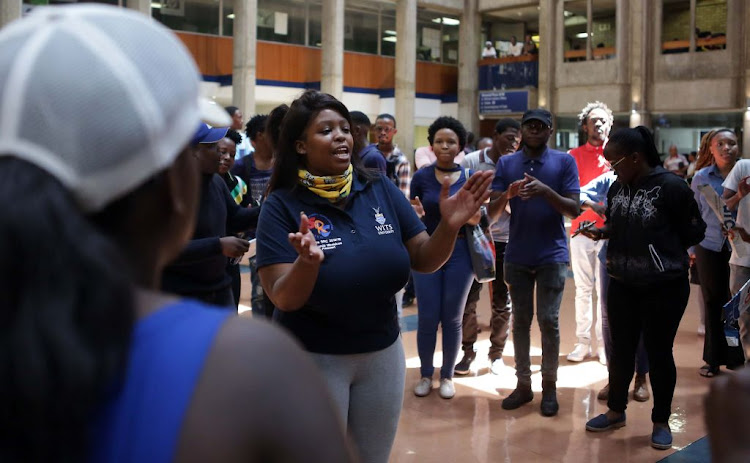 The University of Witwatersrand was on Monday brought to a standstill when a group of protesting students disrupted classes over registration and accommodation woes.

SRC president Sisanda Aluta said the protest was over the university management’s failure to make provisions for emergency accommodation and historic debts that hindered students from registering.

The protesters moved around the campus chanting struggle songs, disrupting some classes and certain departments.

A first-year student, Sunitha Karim, who was in a queue to get a student card, was shocked when protesters "came shouting", demanding that the department close.

"I don’t know why they are protesting. I was supposed to get my student card but they chased us away. I don’t know what will happen tomorrow," she said.

Aluta said the SRC had made a recording of the meeting during which university managers had agreed to their requests.

She said the SRC felt betrayed because a number of students had travelled from the Eastern Cape, Northern Cape and Limpopo to register but were subsequently not allowed to do so. These students were now homeless, she said.

The wits SRC is disrupting lectures in attempts to shut down the campus after the university backed out on an agreement which stipulates that students owing less that R100 000 should be allowed to register. @WitsVuvuzela pic.twitter.com/QfH3m63xhS

The university’s spokesperson, Shirona Patel, confirmed that about 100 students had embarked on a protest at the main campus.

"Representatives of the senior executive team are working with the students' representative council to resolve the outstanding matters related to accommodation and registration, particularly around the deployment of the Wits hardship fund," she said.

Patel said the institution respected the right to protest but that it was "unacceptable for the academic programme to be disrupted".

"All incidents will be investigated and action will be taken, including immediate suspensions where appropriate, in line with the university’s rules, policies and procedures," Patel said.

The SRC said it would meet Wits management later on Monday.

The University of KwaZulu-Natal suspended its academic programme with immediate effect on Monday morning following student protests at all campuses.
News
2 years ago

Batteries and diesel were stolen from two trucks during a protest on the R103 between Ladysmith and Colenso in KwaZulu-Natal.
News
2 years ago