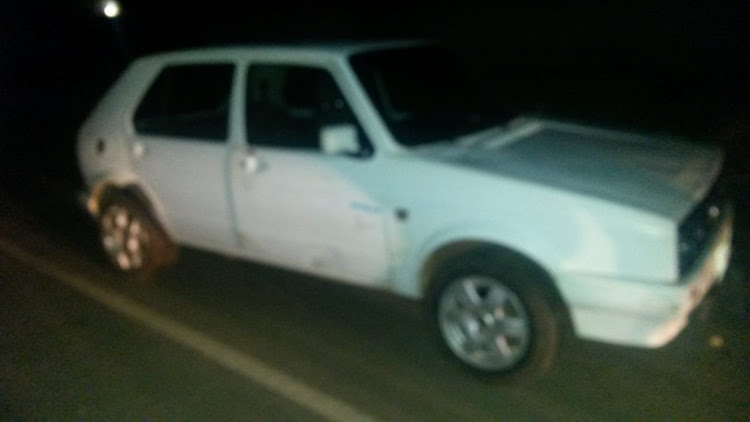 The driver of this VW Golf sent a pedestrian flying into the air, after colliding with him while spinning.
Image: JMPD

The owner of a VW Golf that hit a bystander while the driver was spinning the car in the street has been traced by the Johannesburg Metro Police Department.

The vehicle was registered to a man in Vlakfontein. He will now be brought to court to answer to charges of reckless and negligent driving.

The JMPD said in a statement the owner had professed innocence and said he was not driving the vehicle at the time. However, under the Road Traffic Management Act, he will be held liable. It is incumbent on him to name the driver if he wishes to avert criminal prosecution.

The JMPD have also asked the person who filmed the incident to come forward, in order to provide a statement that can assist them in prosecuting the case.

In the video, a driver is seen hitting a pedestrian, sending him flying into the air, while spinning his car - then continuing to show off.

Police are aware of the footage but need the public's help to identify the driver and his hapless victim.
News
3 years ago