Bushiris 'hire' Barry Roux and, boy, did Mzansi have opinions 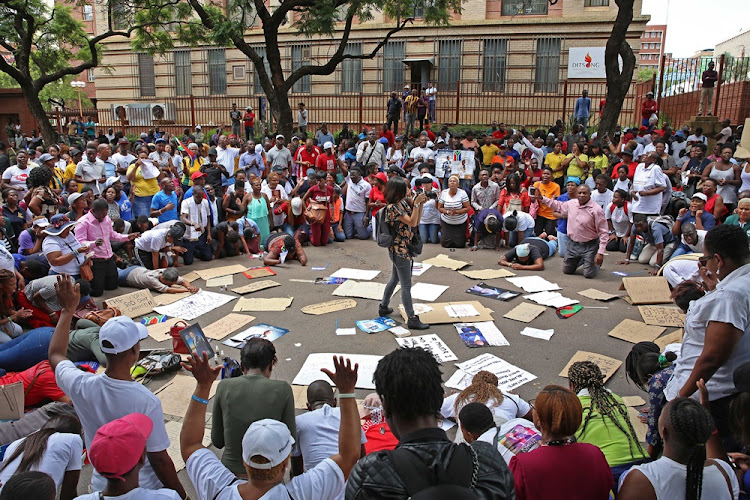 Followers of Shepherd Bushiri came out in their numbers to support him as he appeared in the Pretoria Specialised Commercial Crimes Court with his wife on February 4 2019. Bushiri has hired Oscar Pistorius advocate Barry Roux to represent him and his wife Mary.
Image: Thapelo Morebudi/The Sunday Times

Controversial pastor Shepherd Bushiri is getting ready for a mammoth battle as he faces charges of fraud and money laundering. And, according to reports, he's readied himself for war by arming himself with advocate Barry Roux.

Bushiri and his wife were arrested on Friday in Rustenburg, following an investigation by the Hawks.

The couple made a brief appearance at the Specialised Commercial Crimes Court in Pretoria on Monday where the case was postponed to Wednesday.

The Sowetan reported that Roux had been hired by the couple to face off against the Hawks.

The Bushiris will fork out approximately R50,000 a day for their legal fees.

Barry Roux immediately trended after the story was published and in true Mzansi style, there were opinions for days.

Barry Roux can i put it into you, anoiment oil wont save #Bushiri you take his money and go retired somewere near the ocean,were Oscar? Jail

Your tithes sand offerings are going to pay Barry Roux. Also those materialistic annoying oils ya’ll buy might contribute to it. Don’t expect us not to question your pastor’s doings just like you don’t expect us to understand why you following him. #Bushiri

Lol #Bushiri's boy is lying. Over 170 branches around the world? Bushiri hired Advocate Barry Roux. I'm glad he has realized the seriousness of the matter, @bonglez

Shepherd Bushiri, leader of the Enlightened Christian Gathering Church, and his wife Mary Bushiri, appeared before the Pretoria Specialised Commercial Crimes Court on February 4 2019. The couple were arrested on February 1 2019 on fraud and money laundering charges.

Bushiri supporters get backlash as they kneel and cry for the release of their prophet.
News
3 years ago

Bushiri's fans and their die-hard love.
News
3 years ago